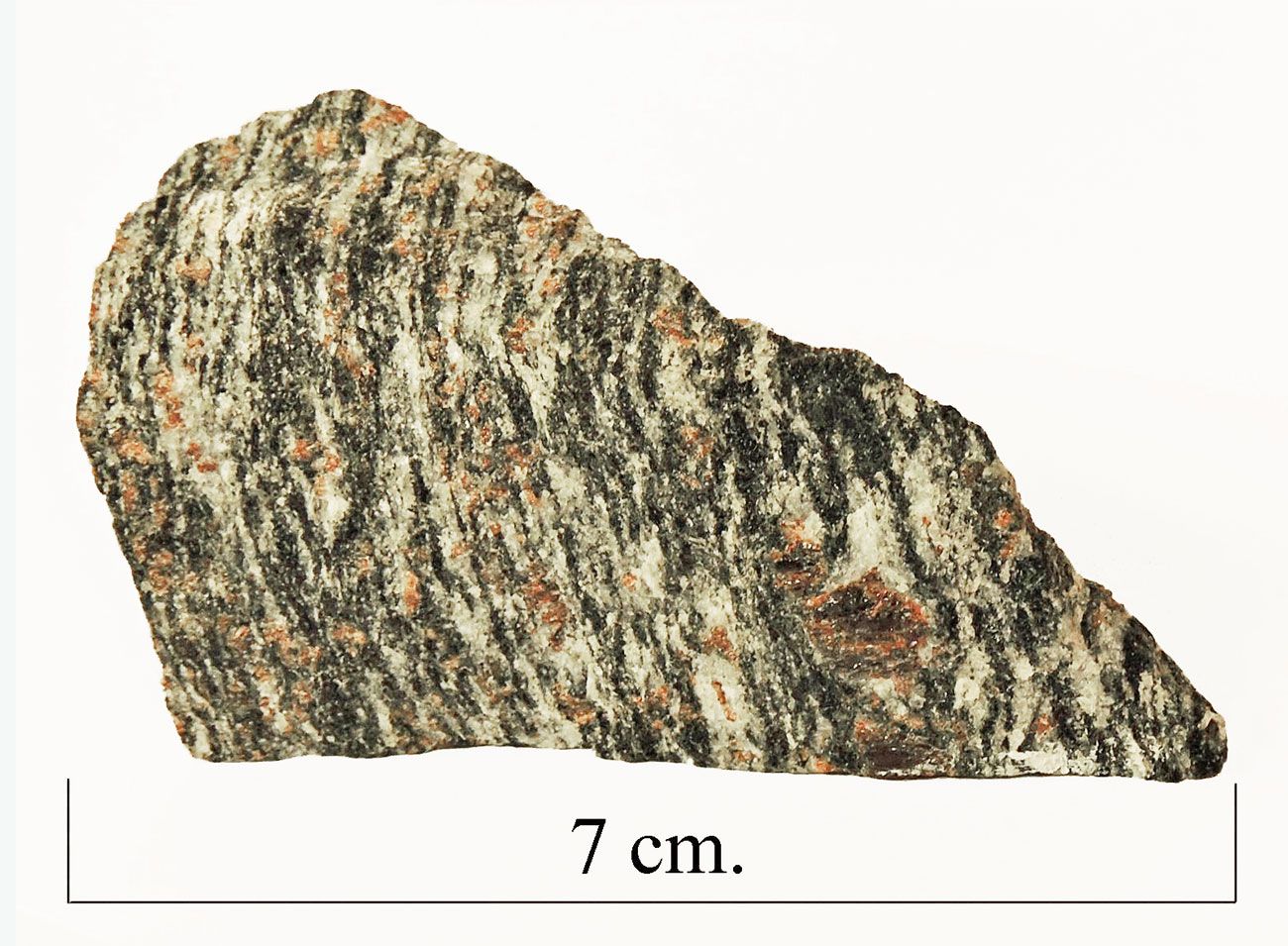 The pyrope in this specimen,  Mg3Al2(SiO4)3   is a member of the garnet group with high Mg content, and occurs in high grade metamorphic rocks. The dark bands of mineral appear to be pyroxene, which is a Mg,Fe, silicate  (Mg,Fe)SiO3  sometimes referred to as hypersthene.  The white or light coloured mineral is quartz. The specimen is a gift from Bill Fitches who collected it from the Shai hills, in Ghana. 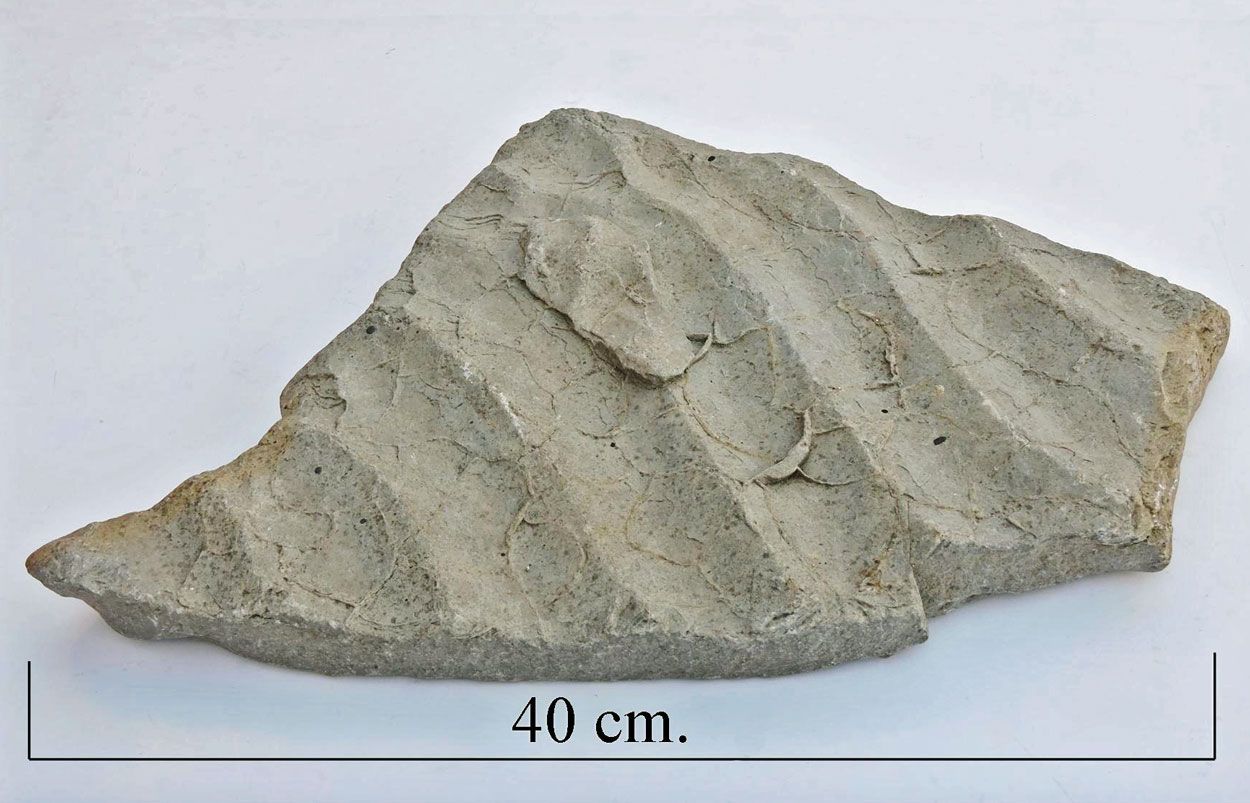 Penarth beach is a geologists paradise. There is so much variety of structures, and specimens to be found. The Blue Lias rocks of the Jurassic provide a wealth of fossils, some of which I have collected. The older rocks of the Triassic have provided me with lovely specimens of gypsum, including "Satin spar" var. This particular rock specimen lying on the beach caught my attention. It is from the younger Lilstock formation of the Triassic, and is simply a very crisp wave ripple. The pale mudstone was probably laid down in a shallow sea or lagoon. The ripples are obvious, but the small sharply defined deposits on the surface are a mystery. 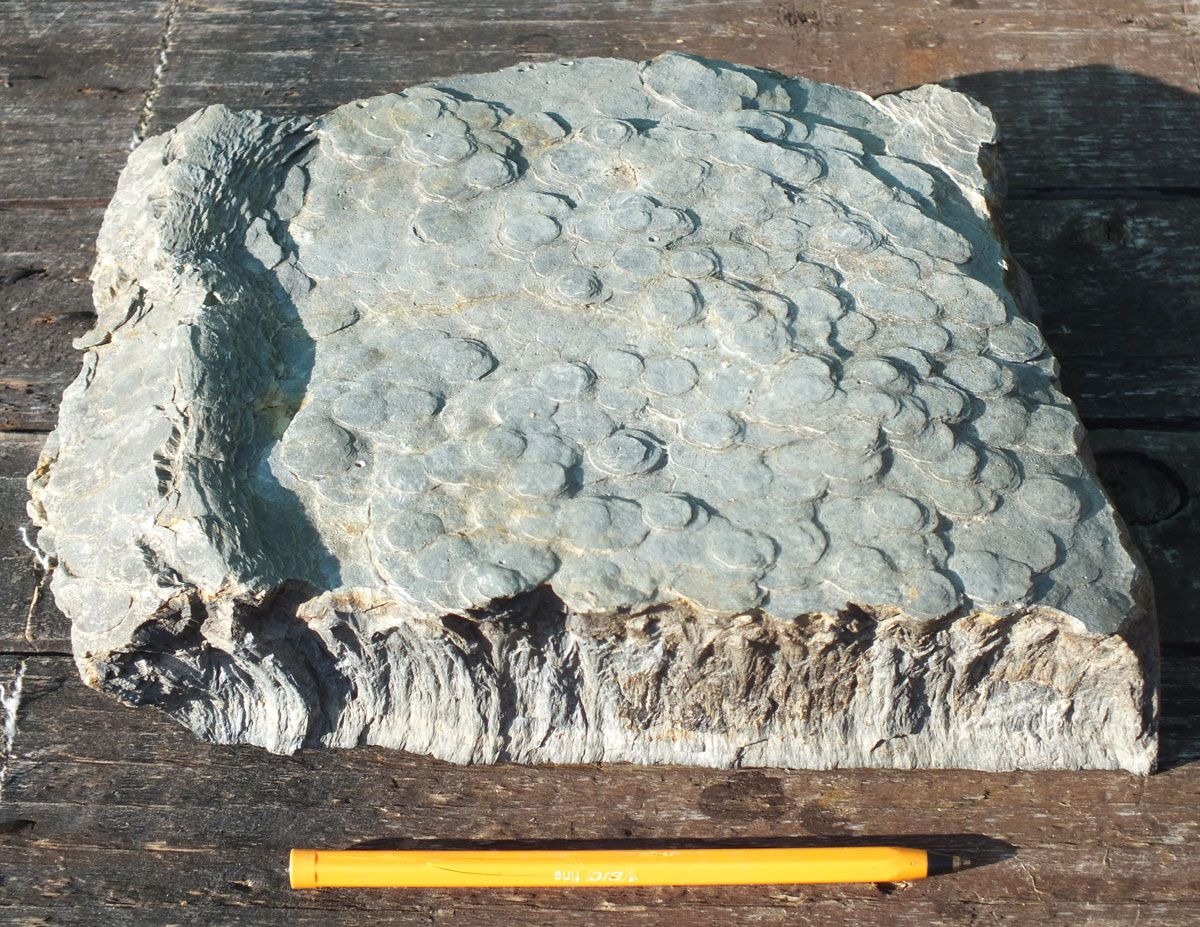 Concretions in central Wales are so common that it is almost embarrassing to include them in my rock collection, however I picked this one up because it illustrates beautifully the distinctive surface of a cone-in -cone concretion. It is only part of a concretion, and the curvature at the edge suggests that it was an oblong shape with the length being about twice the width.. This one was collected on the Waen, Trefeglwys, Powys. 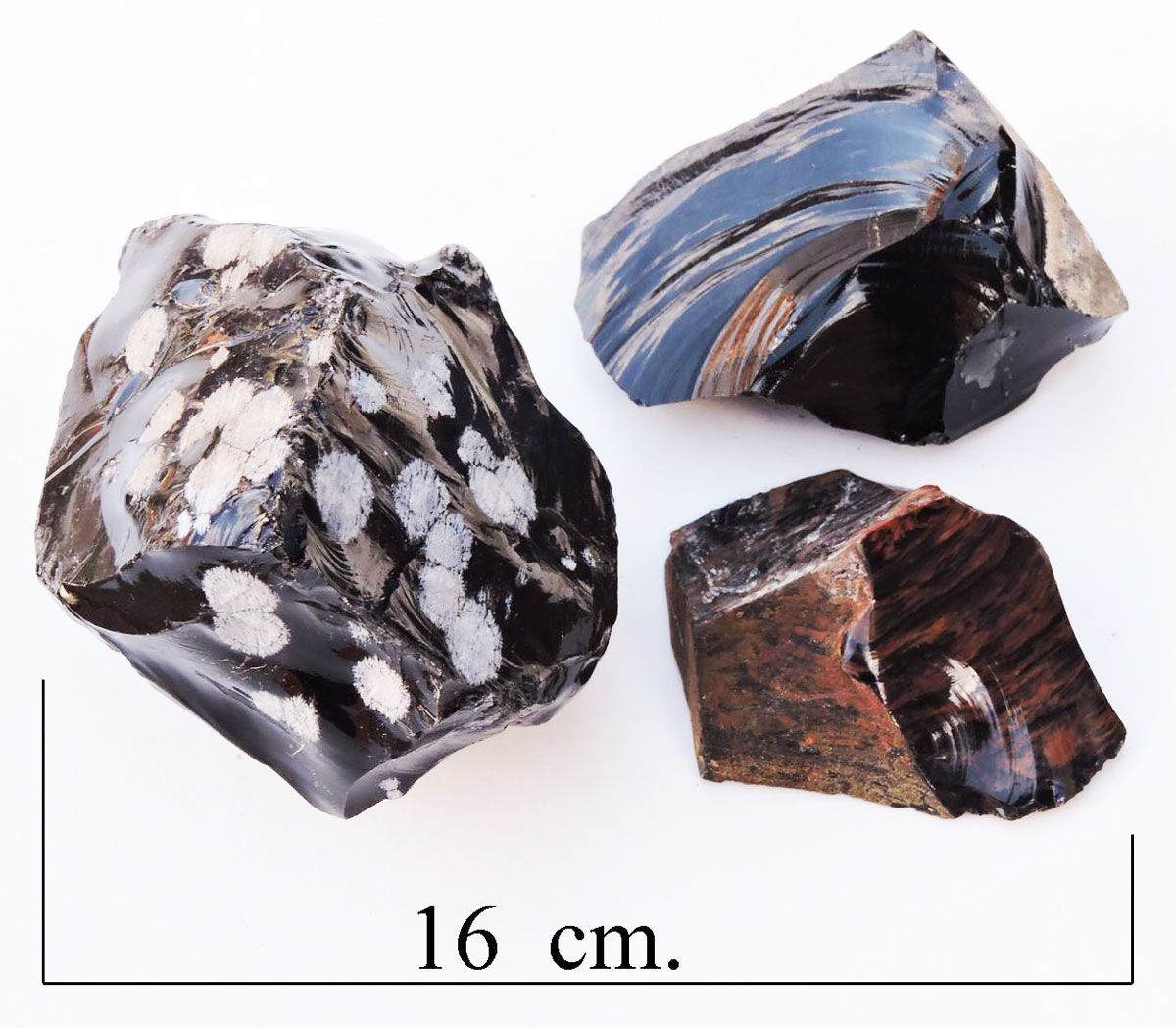 Very often referred to as "volcanic glass" Obsidian is neither a rock or a mineral. It is classed as a mineraloid because it is not crystalline. Odsidian is formed in rhyolitic eruptions, and cools so quickly that crystals do not have time to form. Its composition is generally 70% of  SiO2    The three specimens are from Mexico, The larger one is colloquially known as Snowflake obsidian. The snowflake appearance is due to inclusions of spherulites in the form of clusters of radiating crystals of cristobalite. The brown specimen is coloured by trace amounts of iron. 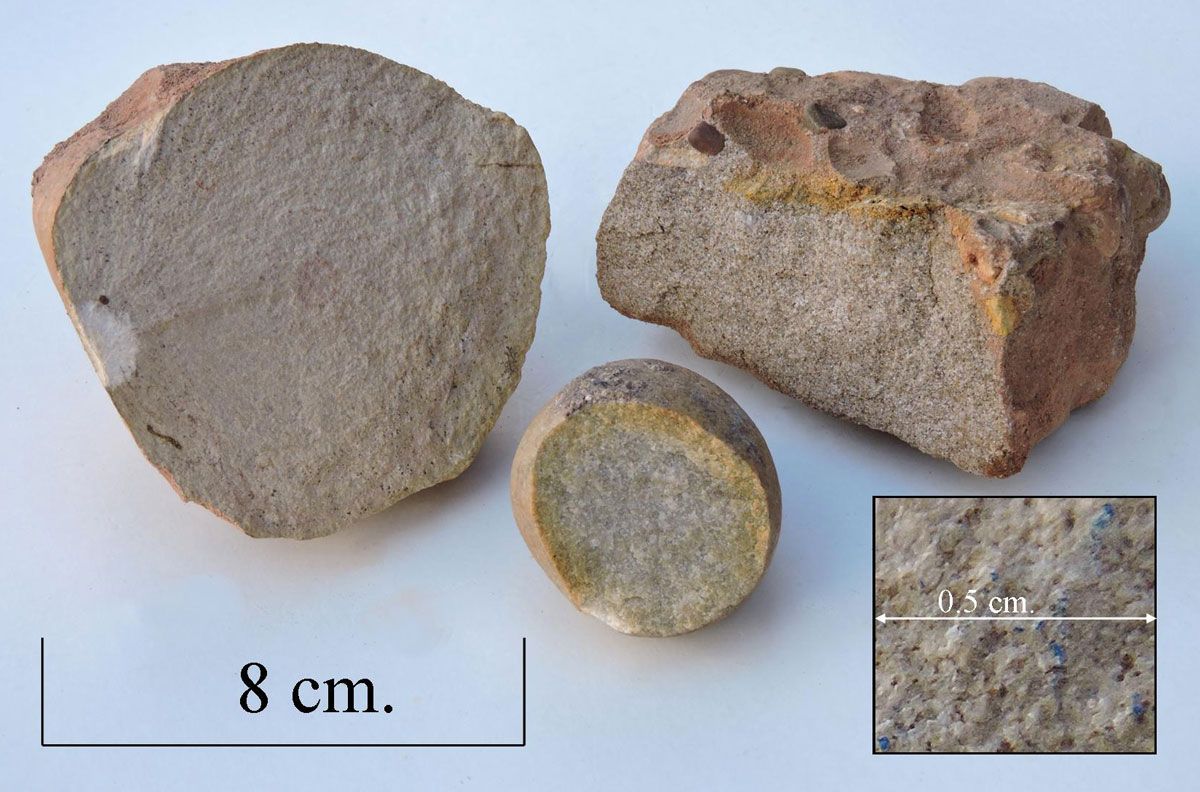 These specimens were collected at a road widening excavation near Enville, Which is a small village between Bridgenorth and Stourbridge. The geology at the point of collection is the Enville member, sandstone, in the Salop formation. The smaller nodule appears to be very hard silica with a flaky appearance. The slab shaped  nodule is composed of small irregular grains of sand.  The larger spherical nodule or concretion is composed of very fine grains of sand, and on examination under magnification has numerous minute blue coloured inclusions, which I think are silica based, and are shown in the inset picture. There is also a distinct reddish ring at it's centre, which could have been the "seed" for the growth.