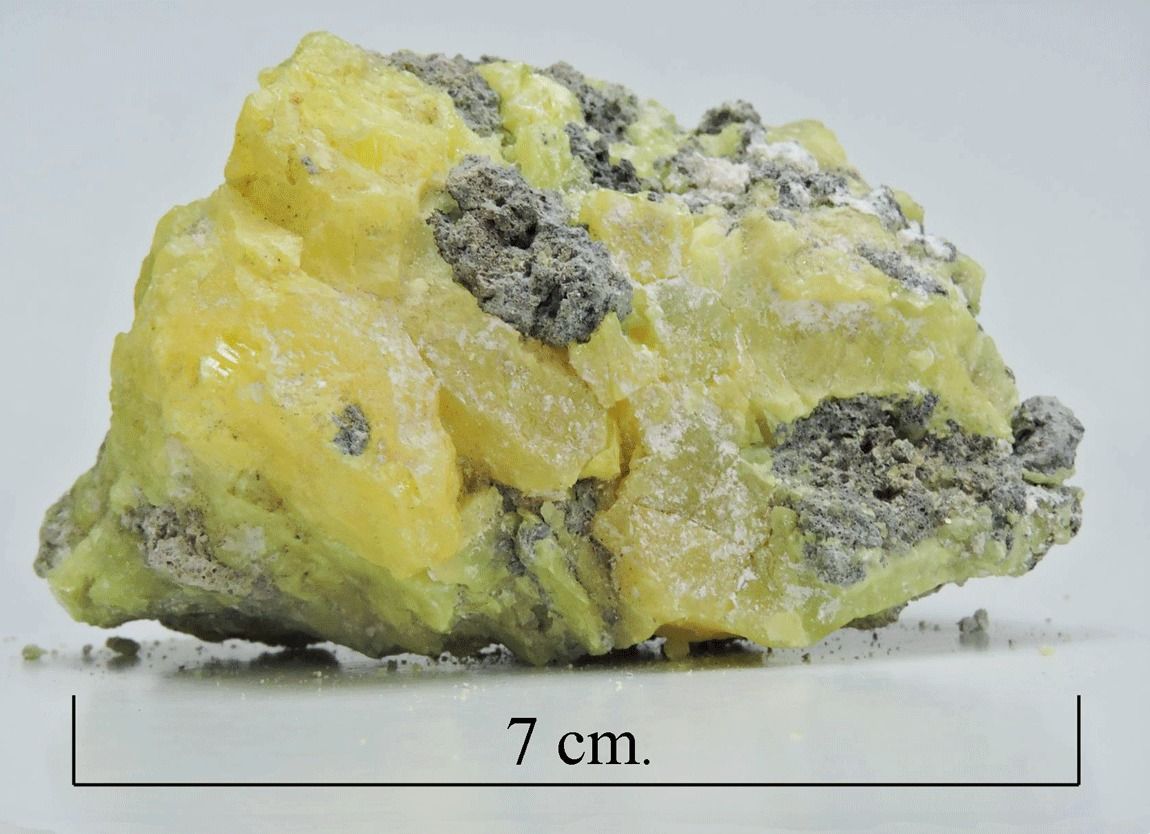 Sulphur, S,  is a native element that is abundant in the seas and in the Earths crust and even in the human body. There are over 1000 minerals which have sulphur in their composition, but pure sulphur is not at all common. This specimen comes from Lipari Island, Sicily, which is of volcanic origin. It is massive sulphur with no apparent crystals, and is a mixture of pumice and sulphur. The debris which can be seen in the photograph illustrates that the specimen is very fragile. I have used the older spelling, instead of the American spelling of Sulfur.