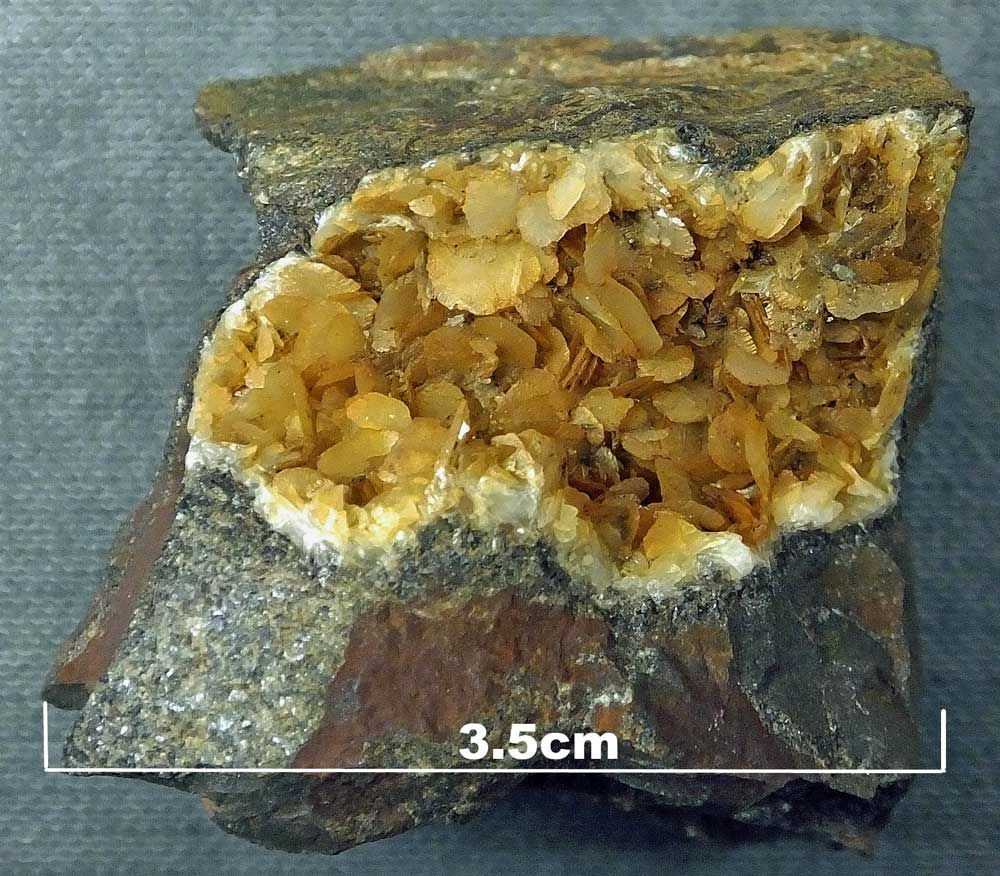 Siderite is an iron carbonate.  FeCO3   This specimen was collected from a waste heap on the site of the closed Marine colliery in Ebbw vale, south Wales.  Even the waste heap has now been obliterated by developement. The origin is from the upper Carboniferous clay-ironstone beds in the south Wales coalfield. The thin, platy, golden brown crystals line a vhug in ironstone. Other similar specimens from this site will be added later, including some with millerite, and one spectacular Herkimer diamond.