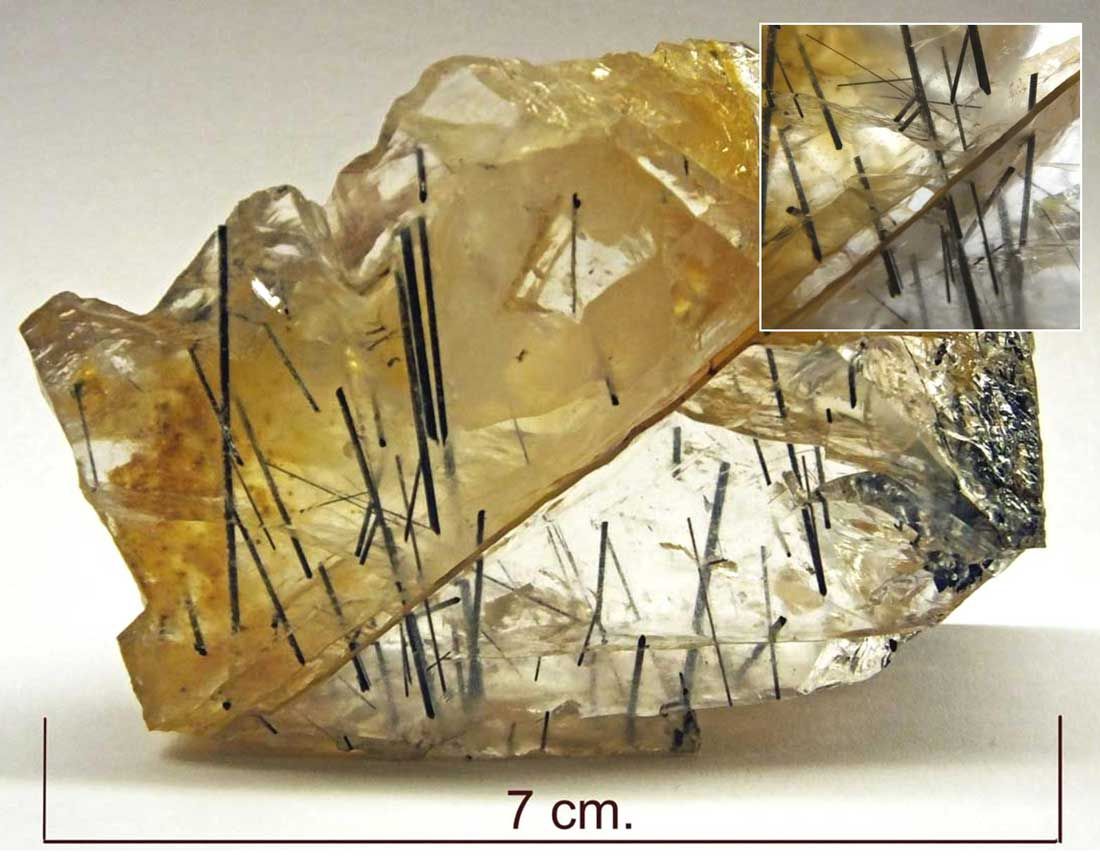 Tourmaline is a crystalline boron silicate mineral, with 33 different minerals in the group. The most common mineral is schorl, which is a sodium iron end member. Tourmaline is one of the most chemically complicated minerals, so I have chosen not to show the formula. The specimen of quartz has quite a number of schorl inclusions, mostly with the same alignment, and the base of the quartz has an area of iridescence. It is also noted that the quartz is divided by an opaque layer of unknown mineralogy about 1 mm. thick, which the schorl crystals penetrate.  Unfortunately the origin is only listed as Brazil.