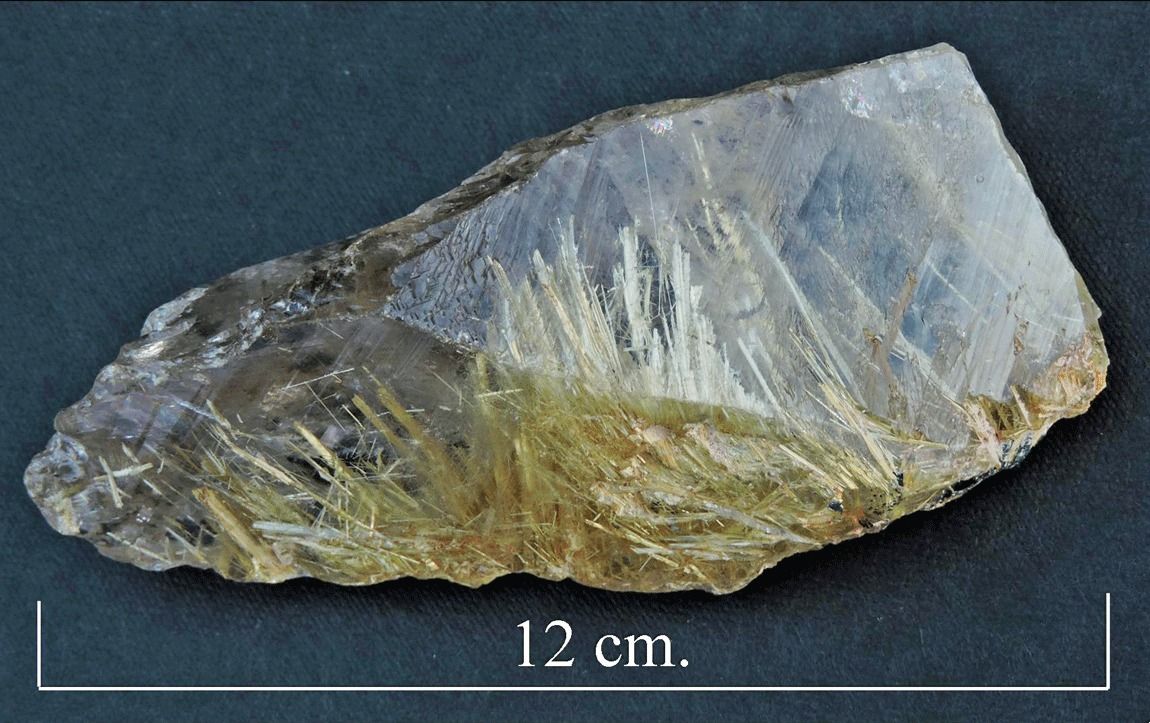 Rutile  TiO2 is titanium oxide. The occurrence of rutile crystals enclosed in quartz is not uncommon. It is thought that hydrothermal fluids carrying quartz and other minerals invade a cavity, and on cooling, mineral crystals are first deposited, and on further cooling quartz is deposited, enveloping and preserving the previously deposited crystals. In this specimen there are many acicular  crystals of a yellow/golden colour. Rutilated quartz has earned the nickname of "Maidens hair quartz". The locality of the specimen is only known as New Zealand.