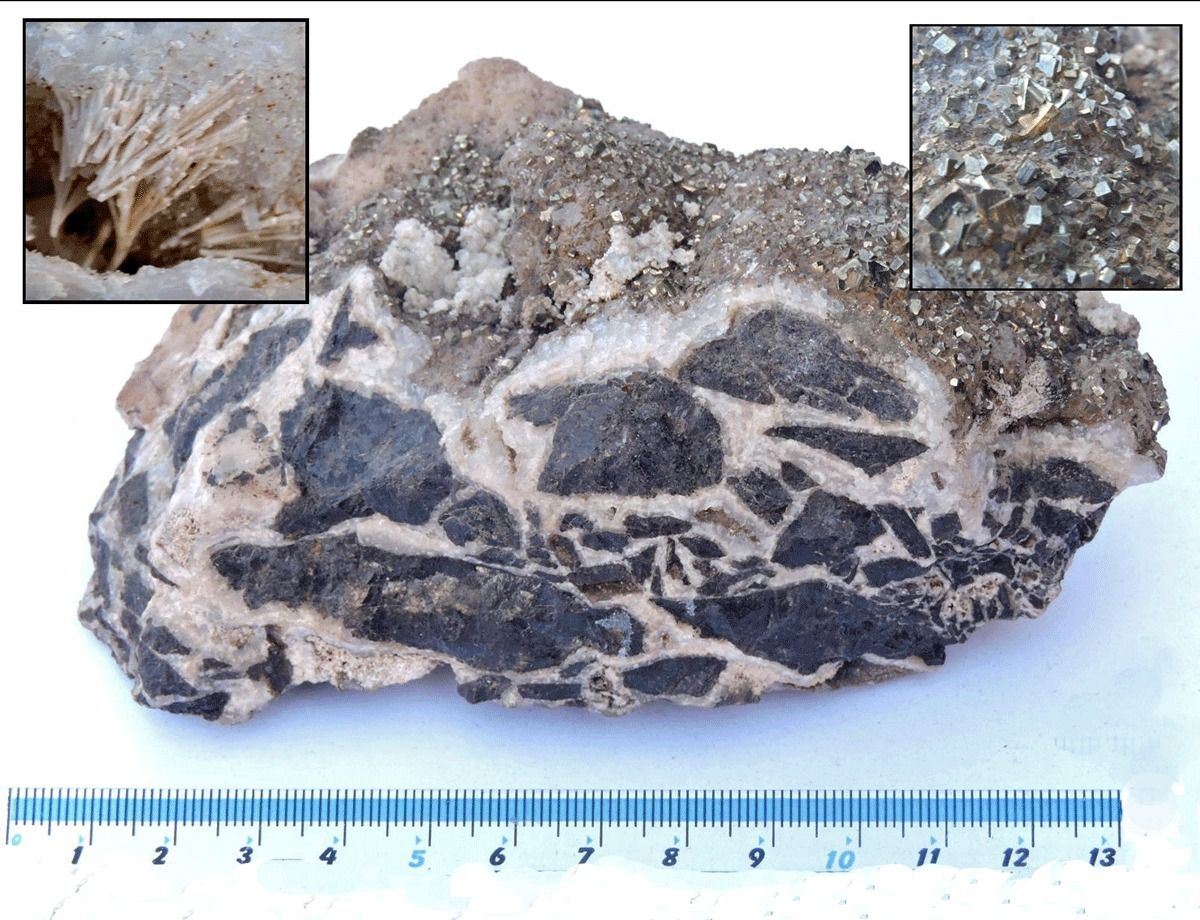 Rhodochrosite is Manganese carbonate MnCO3. This specimen is the product of brecciation, a mixture of rhodochrosite, and an unknown white mineral. I was puzzled by the very dark colour of the rhodochrosite which would normally be a shade of pink, but discovered in Macdonalds book that when exposed to air rhodochrosite becomes covered with a thin film of manganese through oxidation. The unknown white mineral is zeolitic in appearance, though unlikely, note inset picture of a spray which is about 3mm. One surface of the specimen is coated with numerous pyrite cubes average 1,5 mm.