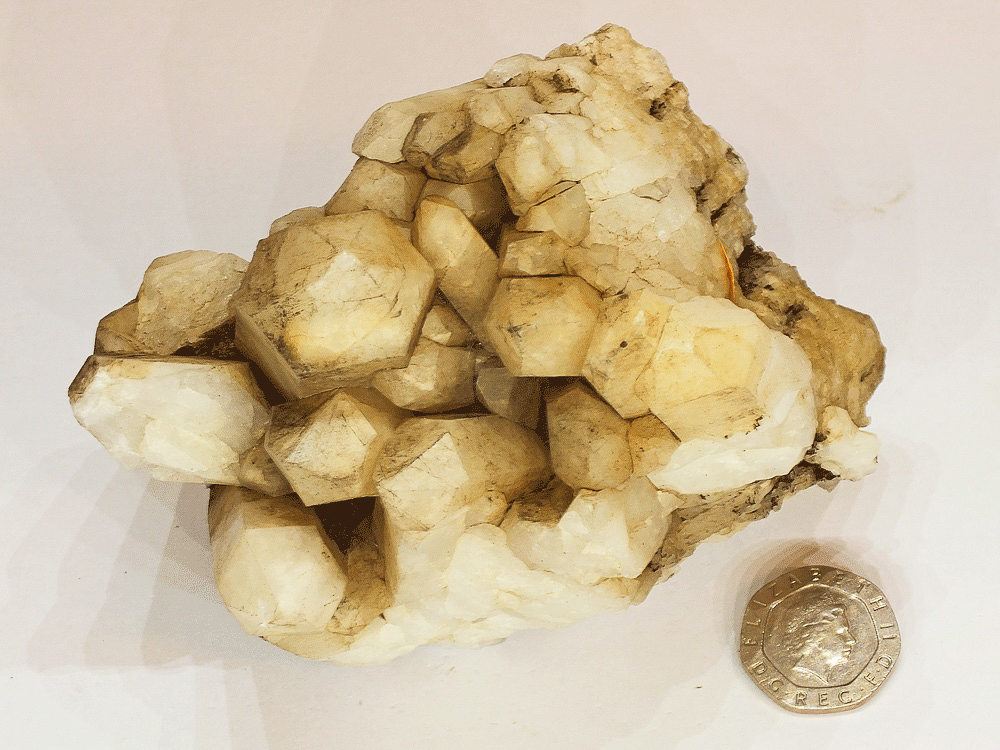 Quartx, SiO2, Ystrad Meurig quarry, Ysbyty Ystwyth, West Wales. Dirty white prismatic crystals of milky quartz in a cluster, growing at random angles to the base rock which is a very roughly formed quartz aggregate. Some of the crystals taper slightly toward the base. Milky quartz is not coloured by other minerals, but is coloured by microscopic inclusions of gas or liquid incorporated during the growth process.