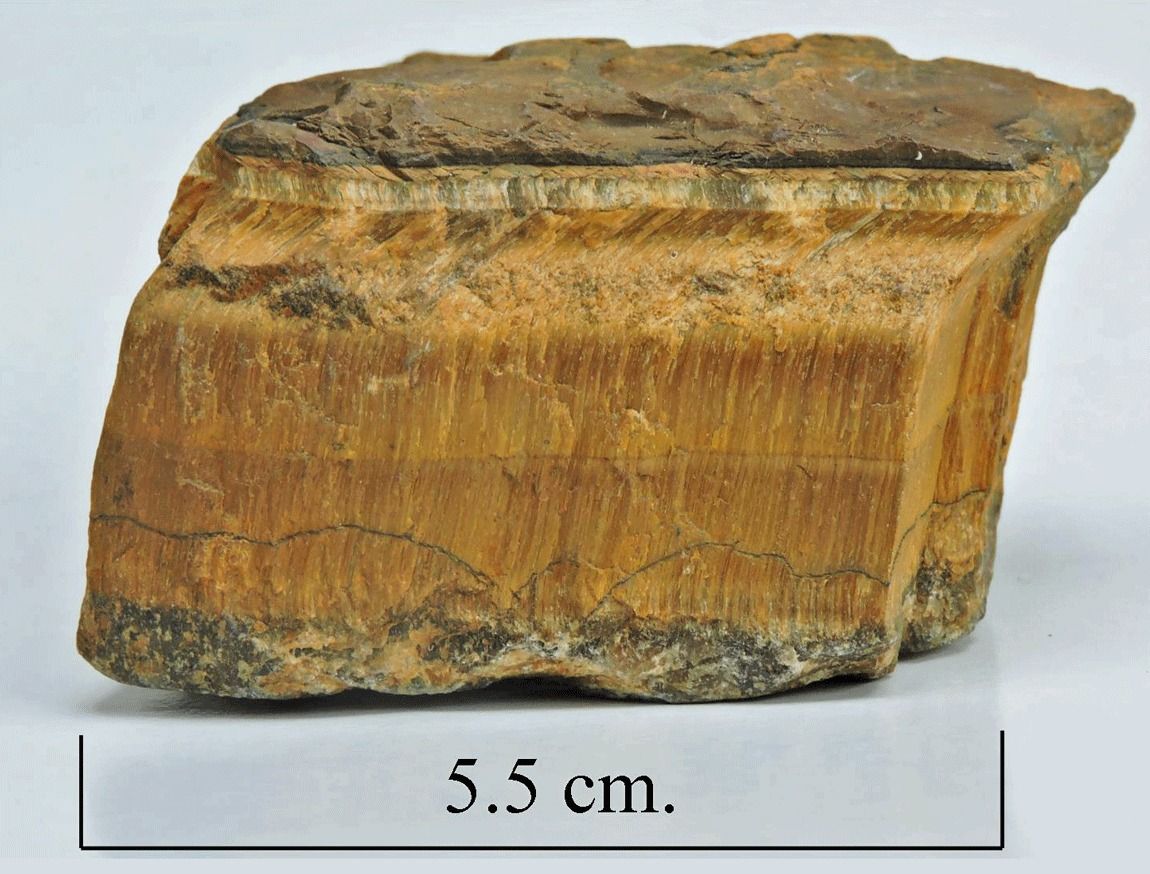 Tigers eye variety of quartz, SiO2  is formed from by the parallel intergrowth of quartz and altered amphibole fibres which have mostly changed to limonite. Limonite is an iron mineral which gives Tigers eye it's golden brown colour. This specimen is in it's natural form, but would be much more striking in appearance had it been polished, making its chatoyant properties more obvious.  The only information that I have on its origin is New Zealand.