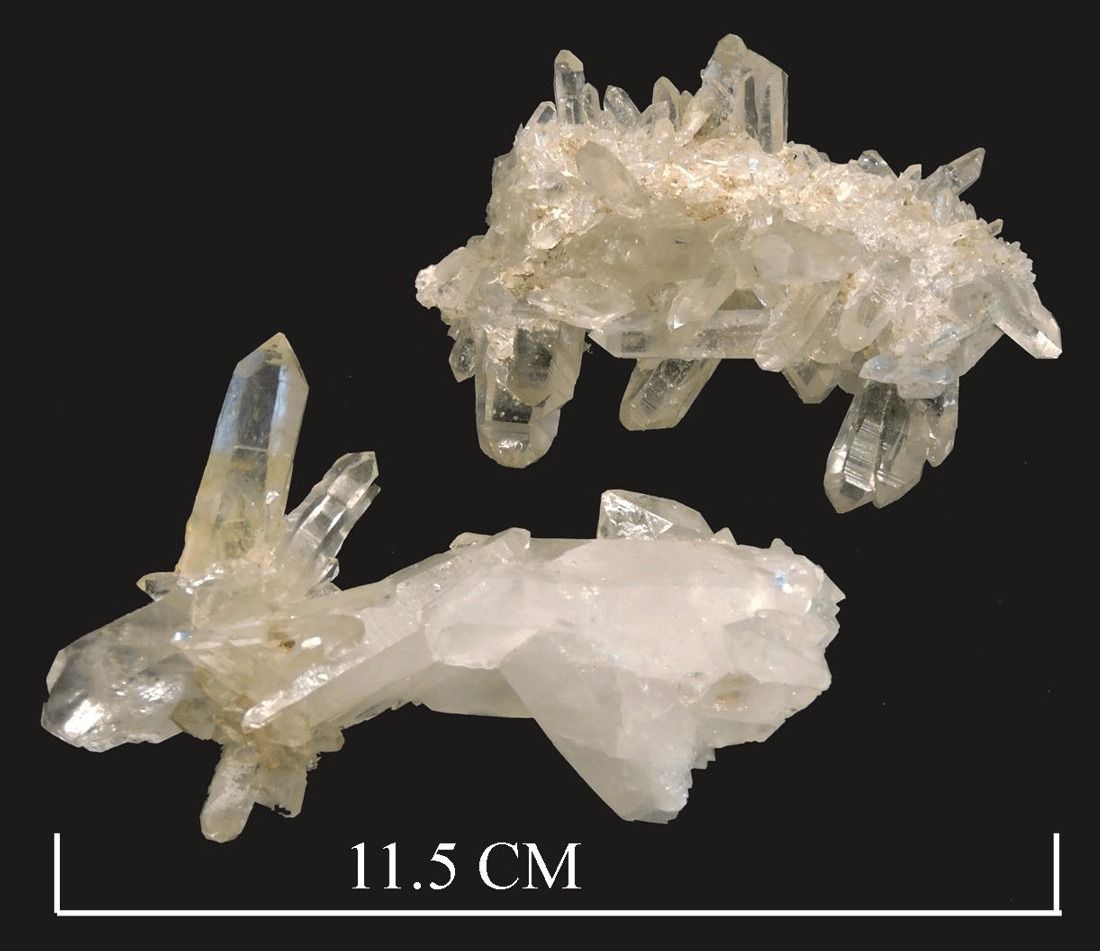 These crystals of quartz, SiO2 are in a formation known as floaters, so named because crystals have formed without being attached to a matrix or host rock. Here are two specimens of which, only one, the bottom one, is a true floater. The upper specimen is mainly composed of crystals grounded in a matrix, with only one floater crystal, the horizontal one. The specimens are from the Huanzalo mine, Huanuco, central Peru.