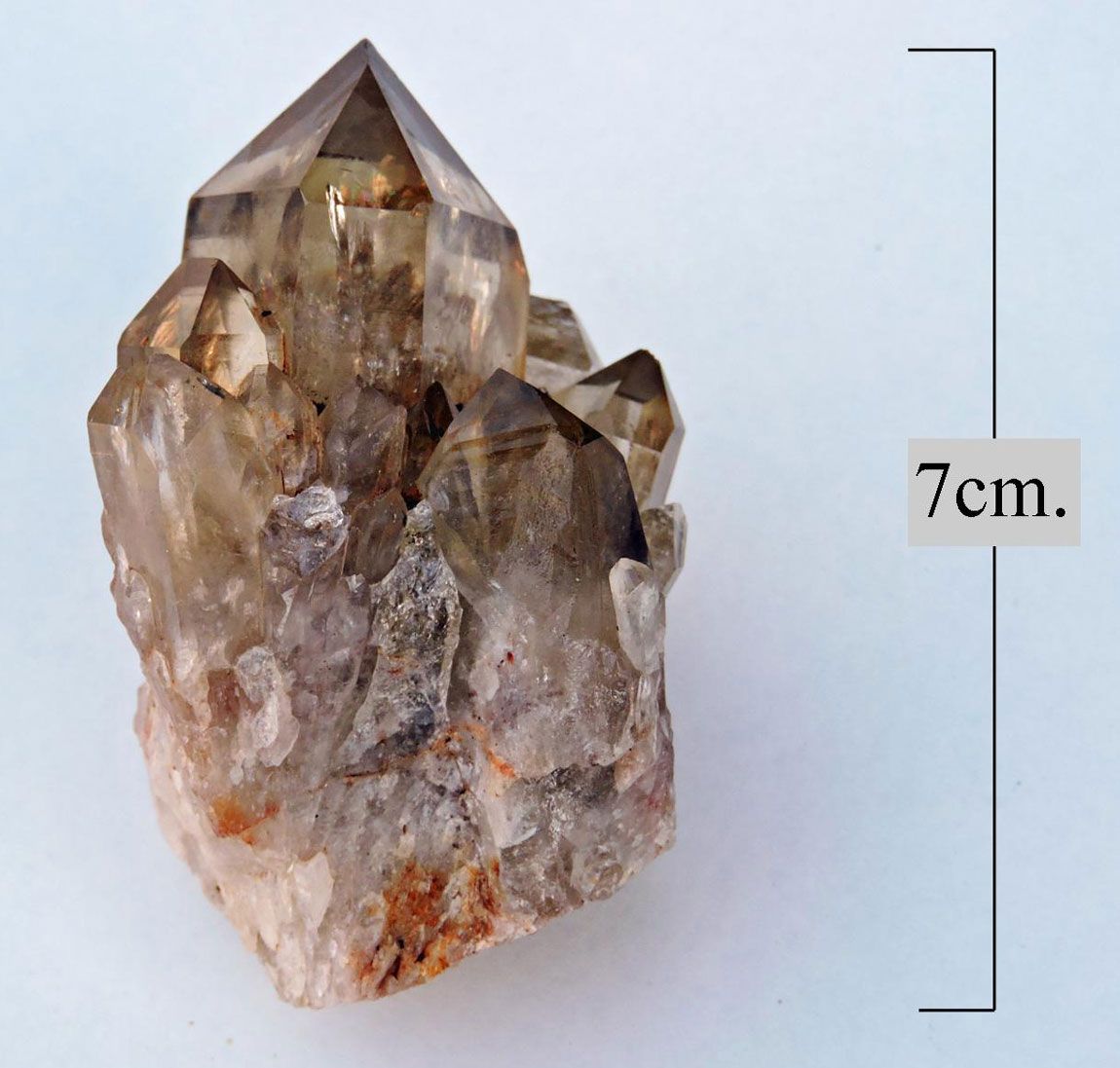 Smoky quartz SiO2. silicon dioxide, is quartz which has attained a darkening in colour as a result of free silicon formed from the quartz by natural irradiation. The amount of irradiation determines a range of colour from almost complete transparency to a very dark variety called morion. The mild colouration, as in this specimen is referred to as smoky quartz. Unfortunately, the origin of the specimen is not known.