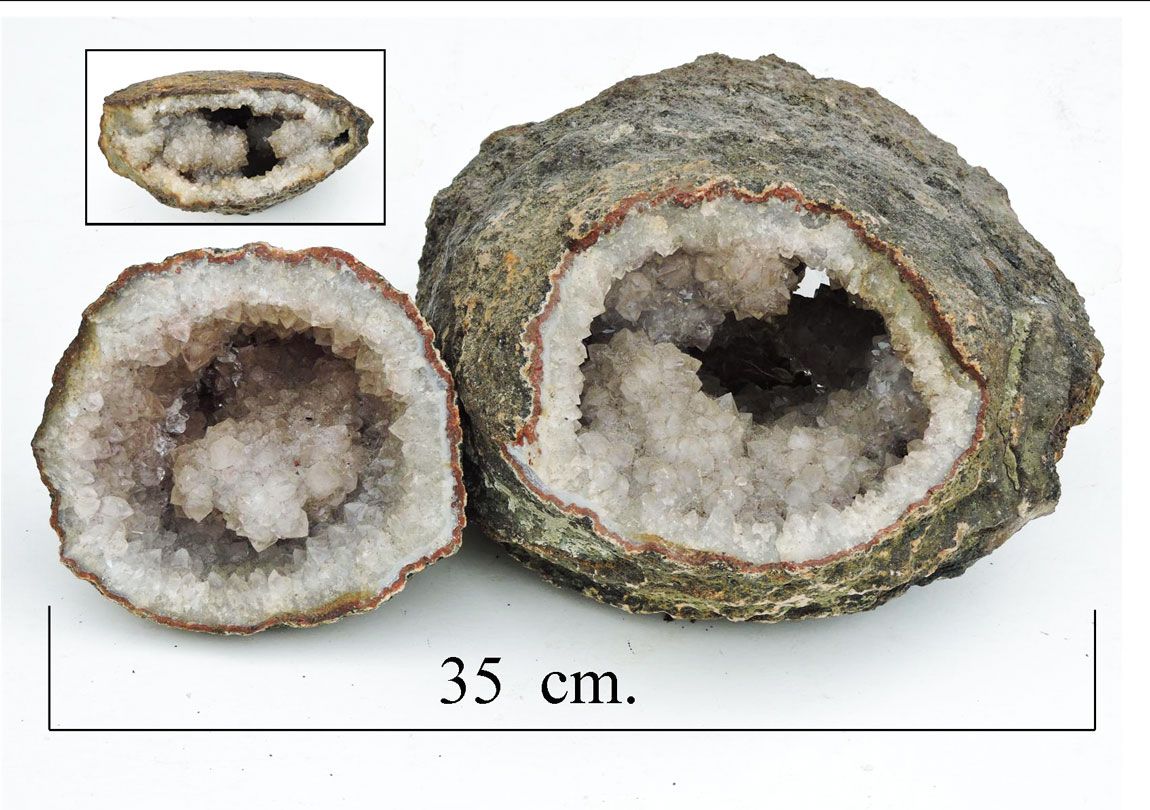 Quartz, silicon dioxide,  SiO2 is the most abundant mineral in the earth's surface. Geodes form in gas pockets in volcanic rock, or rounded cavities in sedimentary rock. The process begins with the formation of a  hard shell which lines the cavity. followed by subsequent deposits of minerals from circulating hydrothermal fluids.  This specimen has a hard outer shell, and a deposit of quartz crystals within the shell. There is a very slight purple hue on some of the crystals deeper inside the geode, which has been broken on both ends. The smaller inset picture is of the rear of the geode. The origin of the specimen is only known to have come from Morocco.