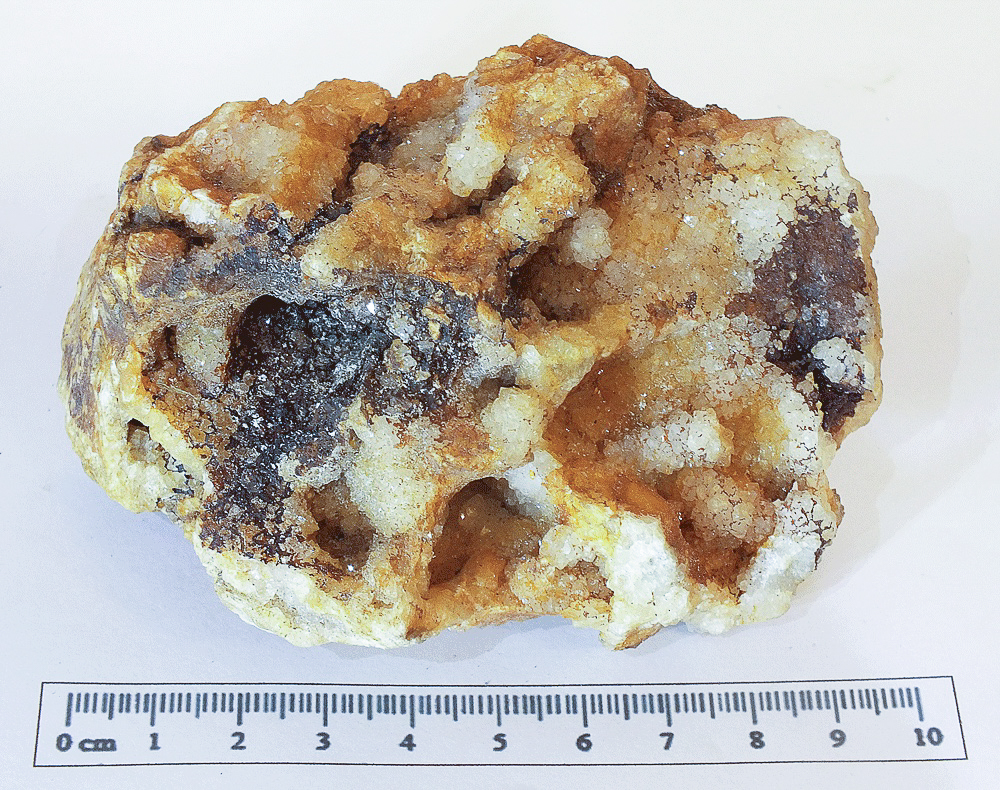 Quartz, SiO2. Bryn y Rafr mine, Central Wales Orefield. A specimen composed of druzy quartz, with a small surface deposit of haematite. The composition implies that this was a brecciation out of which the host rock has been removed by weathering. The haematite is minimal and appears to be a later deposition.