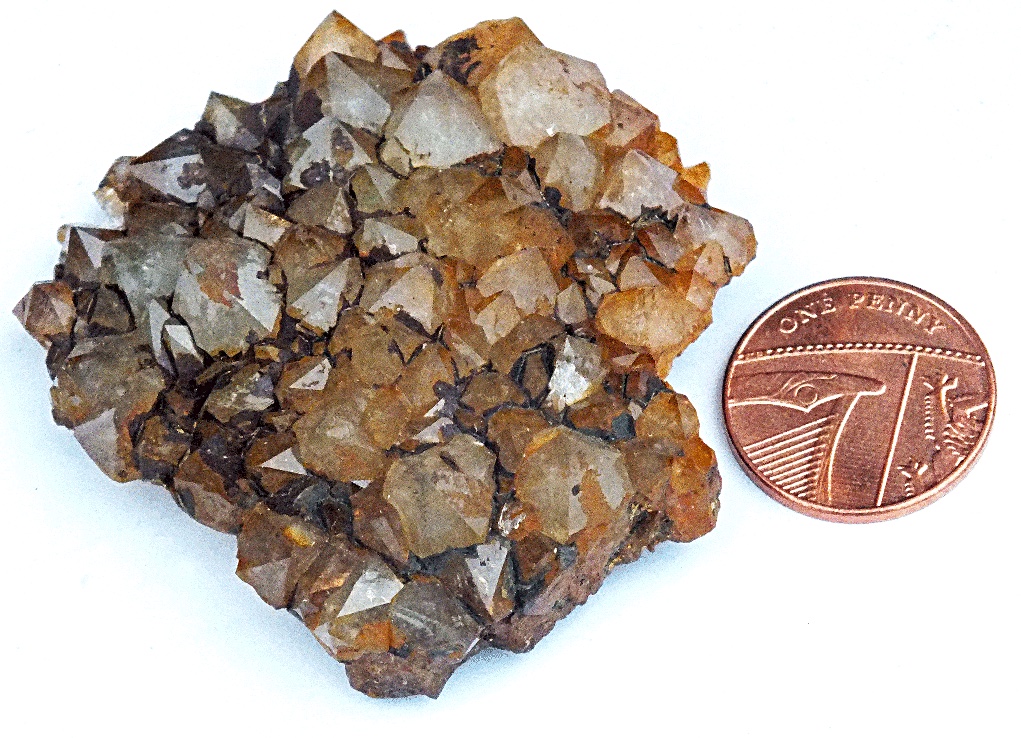 Quartz, SiO2. Cafartha mine, Nr. Staylittle, Central Wales Orefield. This specimen, though small, is among my favourites. It was obtained very carefully from the roof of an adit which was on the point of collapse, and in fact did collapse a few days later. The crystals are pin sharp and well formed, with a light coating of iron staining. The underside is very reddish brown and is obviously iron rich.