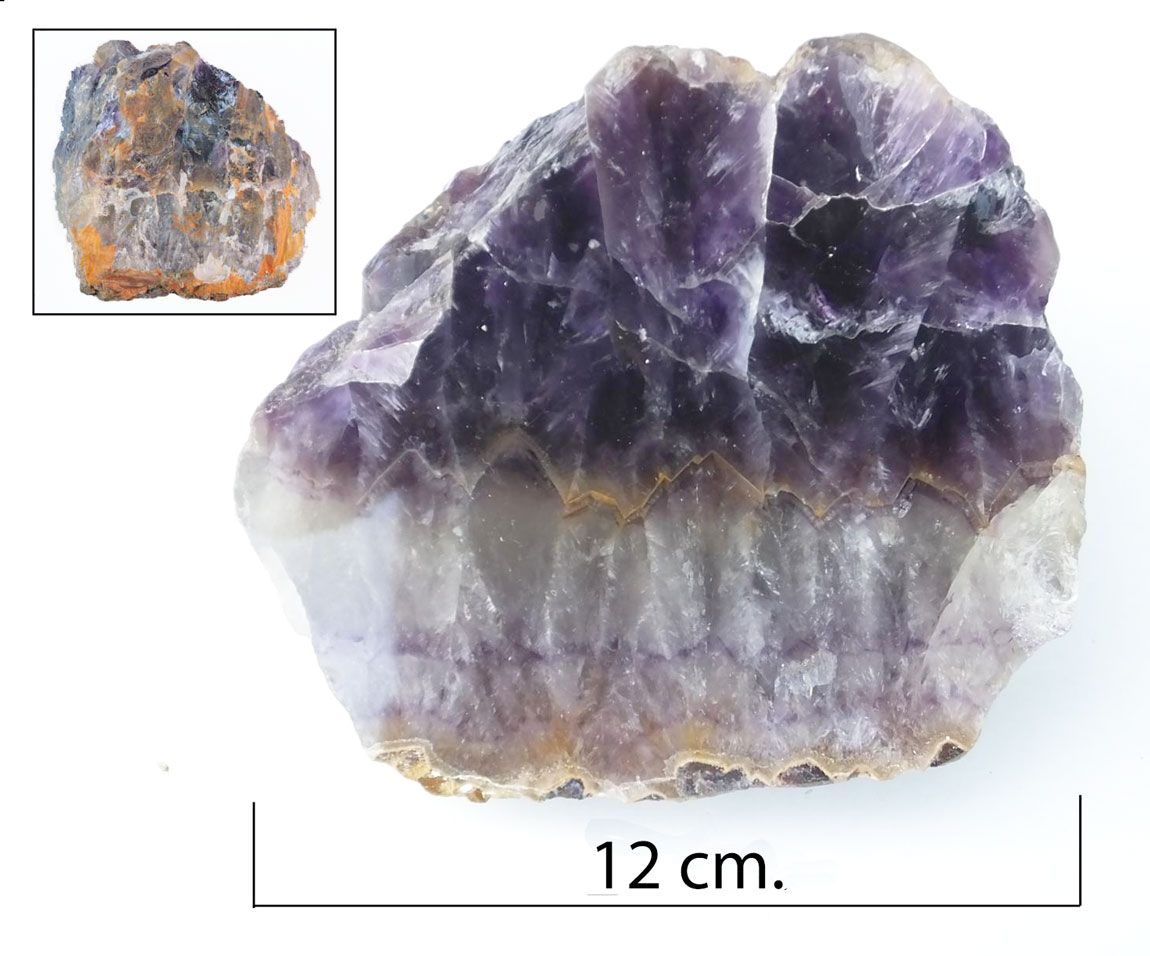 Quartz, silicon dioxide, SiO2 has many varieties, dependent on conditions in which it is formed, or the inclusions of trace minerals. Amethyst quartz gains it's purple colour from irradiation, or trace amounts of iron, or both. This specimen from south Australia has a distinctive boundary between two episodes of growth.  The first episode has deposited quartz with just a hint of purple, and the second episode a growth of which is deep purple. This cut and polished slab reveals the outline of the tops of crystals from the first deposition. The inset picture shows the reverse of the specimen.