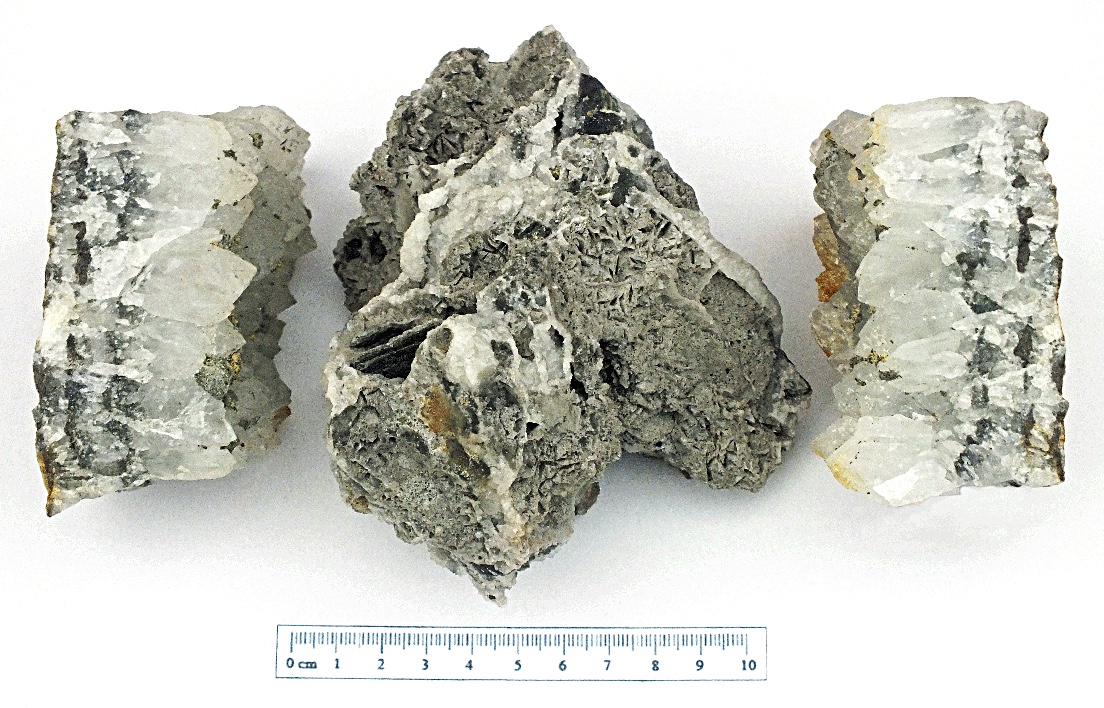 Quartz, SiO2. Bryn y Rafr mine, West Wales. Two specimens of poorly defined quartz crystals, which appear to have grown into a cavity from the rock wall. The specimen in the centre could be described as "skeletal" quartz because minerals which were once embedded in the quartz have weathered out leaving numerous small cavities. There are also a few sugary deposits of quartz, with no well defined crystals. This type of specimen is very common on the mine spoil heaps.