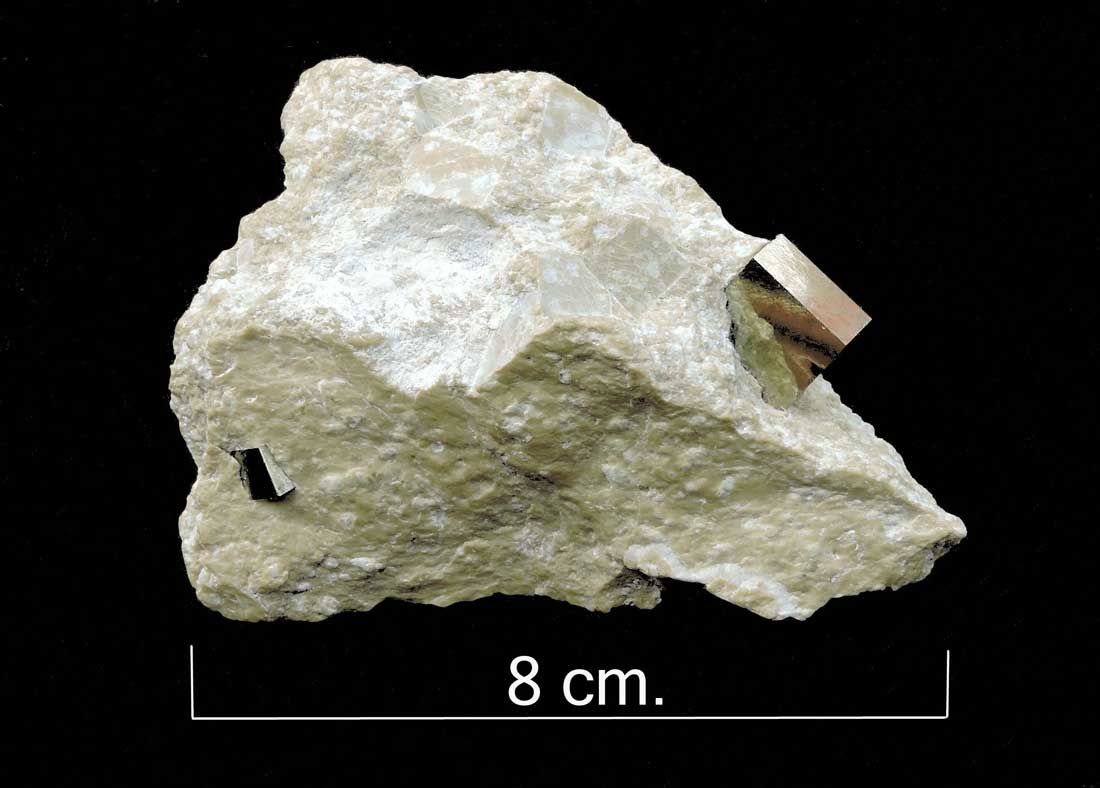 This beautiful crystal of pyrite, FeS2  is from a locality renowned for an abundance of such specimens. The locality is La Riorga, Navajun, Spain. There are several smaller crystals on the reverse of this specimen, which are cubes, but the main crystal is not a true cube, but is elongated, which is a little unusual for specimens from this location. The crystals were probably formed during the "diagenesis" stage of carbonate muds , which later lithified into the marl matrix in which the crystals are now embedded. The crystals easily fall out of the matrix during preparation, and are replaced by dealers, however, all the crystals in this specimen are in their original placement, and there are obvious marks on the matrix which show the sites of  lost crystals.