The Juan de Fuca micro-plate and the Rivera micro-plate are surviving remnants of the original Farallon plate.
30M years ago, the subduction of the Farallon plate was finishing, and the Pacific plate was coming into direct contact the North American plate. At this time, the subduction process ended, and the Pacific plate started sliding Northwards along the edge of the North American plate. This transform faulting created the San Andreas Fault system which extends for hundreds of miles up and down the West coast of the USA. Movement along the San Andreas fault created the San Francisco earthquake in 1906.

Point Reyes is a promontory projecting West into the Pacific Ocean about 30 miles North of San Francisco. The relief map above shows the line of the San Andreas fault very clearly as a diagonal line heading roughly NNW – SSE. The line of the fault is marked by inlets of the sea such as the Tomales Bay. Between these inlets, the fault line is low-lying, often marshy land.
All the land West of the fault line lies on the Pacific plate. Careful correlation of the rock formations on both sides of the fault has shown that the Pacific plate has moved hundreds of miles North relative to the North American plate since the formation of the San Andreas Fault. The rocks which make up the actual point – the Point Reyes Conglomerate – match an identical area of rock near the Monterey Peninsula, 100 miles to the South.

While the Farallon plate was subducting, several episodes of accretionary prism formation were occurring. Rock is accreted against the American plate instead of being subducted.
The oldest prism is the highest in the sequence – the opposite of what is seen in sedimentary beds. Between the prisms, there is concentrated movement with grinding of rock and subsequent melange formation. 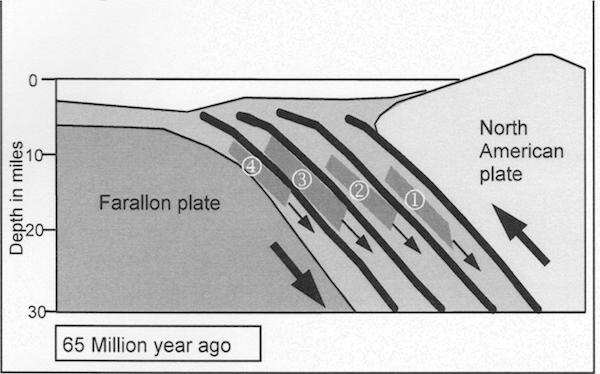 There are five distinct layers underlying San Francisco in a sequence from East to West:
Alcatraz Sandstone
Hunters Point melange
Marin Headlands terrane
City College melange
San Bruno Mountain Sandstone
The two melanges are similar and were caused by intense shearing during the formation and subsequent exhumation of the accretionary prisms. They comprise a mixture of rock types and size ranging from large boulders hundreds of metres across to fragments <<1mm. The small fragments are easily eroded, leaving the boulders behind. This is commonly seen on the sea shore. Also, landslides and slumps are common within the areas of melange.

Large blocks of serpentinite in the Hunters Point Mélange. (my rucksack for scale) 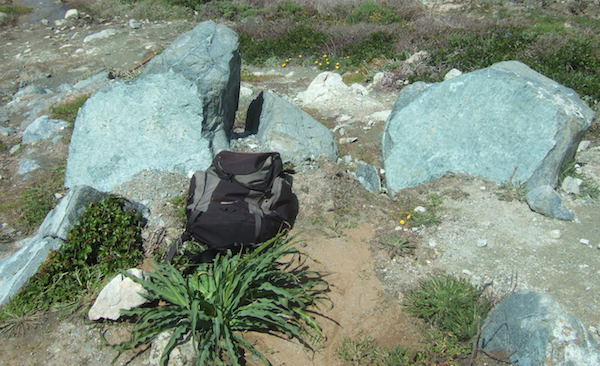 The sandstone areas look similar to the naked eye, but they are very different geochemically. The Marin Headlands terrane is a patchwork of different rock types in close proximity, pillow basalt, red chert and sandstone – but not a melange. 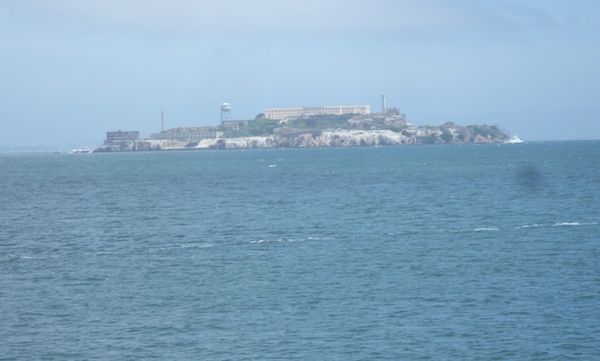 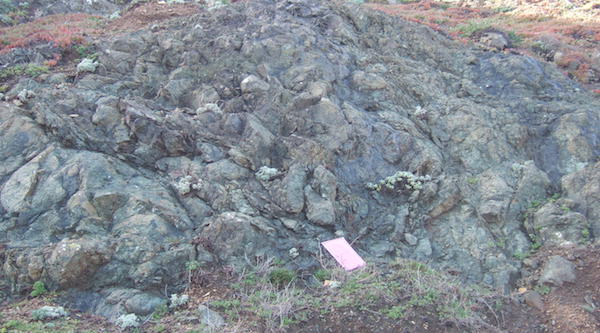 Angel Island
Further out in San Francisco Bay than Alcatraz is Angel Island. This was a military site, but nowadays it is a nature reserve and tourist attraction. Geologically, it is very interesting because most of the rocks are metamorphosed. This points to the fact that the rocks on Angel Island were buried deeper in the subduction zone than the other rocks in and around San Francisco.
The original sandstone, pillow basalt and serpentinite have become schistose sandstone, schists, blueschists, metamorphosed pillow basalt, and metamorphosed serpentine. The blueschist in particular, is taken to be a marker of subduction zones.

Bluschist within a beach exposure on Angel Island 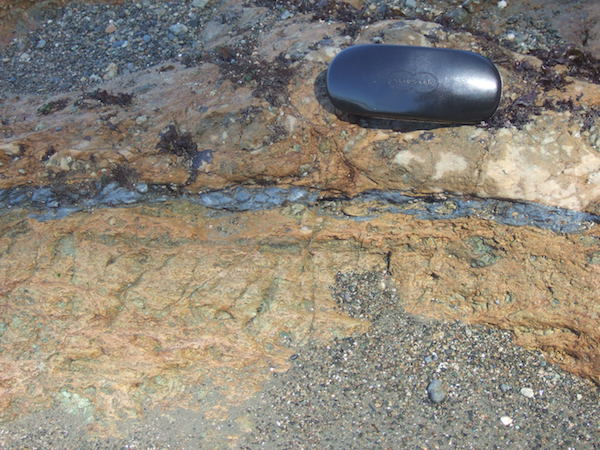 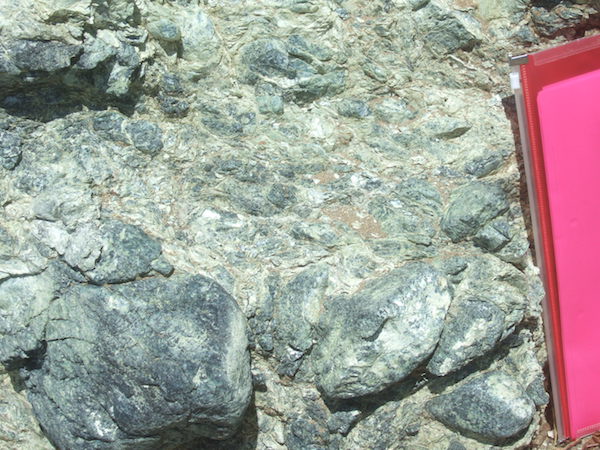 San Francisco developed rapidly as a port and urban centre following the California gold rush in 1849. Following extensive damage in the 1906 earthquake, the city was rebuilt in time to host the 1915 World Fair, which established the city as a significant world trade centre.
Nowadays, the city is better known for hippie culture and lifestyle, for tourism and for the adjacent silicon valley enterprises.

Lake at the Palace of Fine Arts 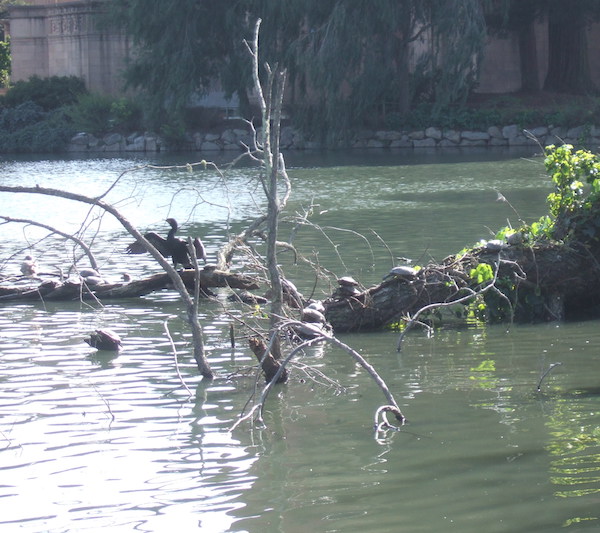 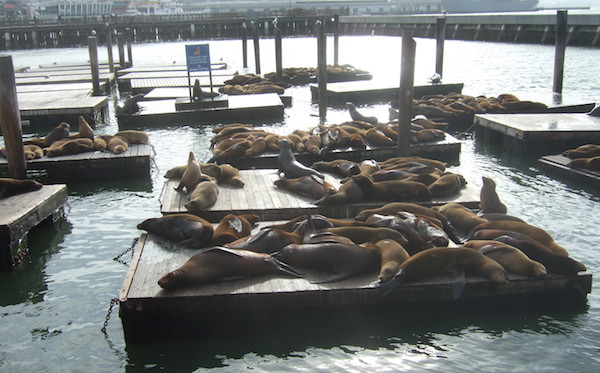