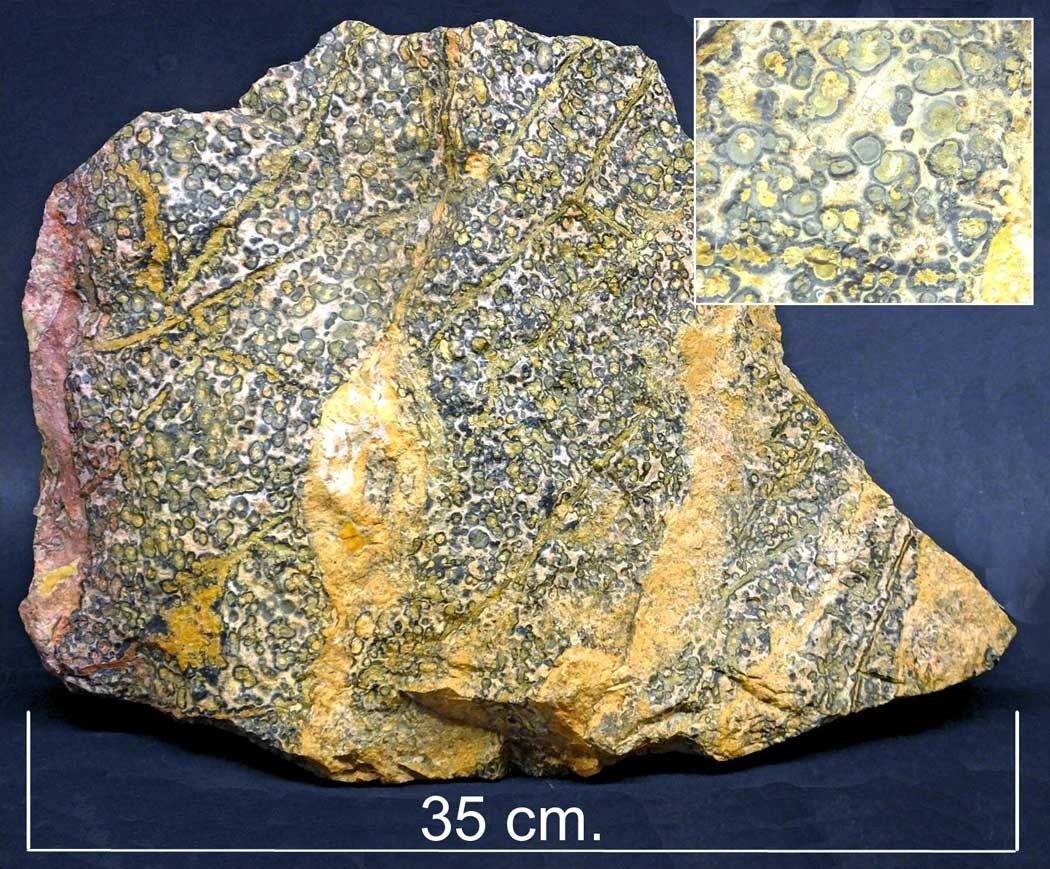 In highly silicified deposits of rhyolitic tuff, quartz and feldspar crystallise in a manner which creates the orbicular inclusions. This specimen was described on aquisition as "leopardskin jasper ", but on further investigation I discovered that leopardskin or orbicular jasper, is in reality orbicular rhyolite, which is an extrusive igneous rock. Because it is used in jewellery, it may be that jasper sounds better than rhyolite, when being advertised by traders. This specimen is from Aquas Calientes, Chihuahua, Mexico, and should really be listed in my rocks collection, rather than as a mineral.