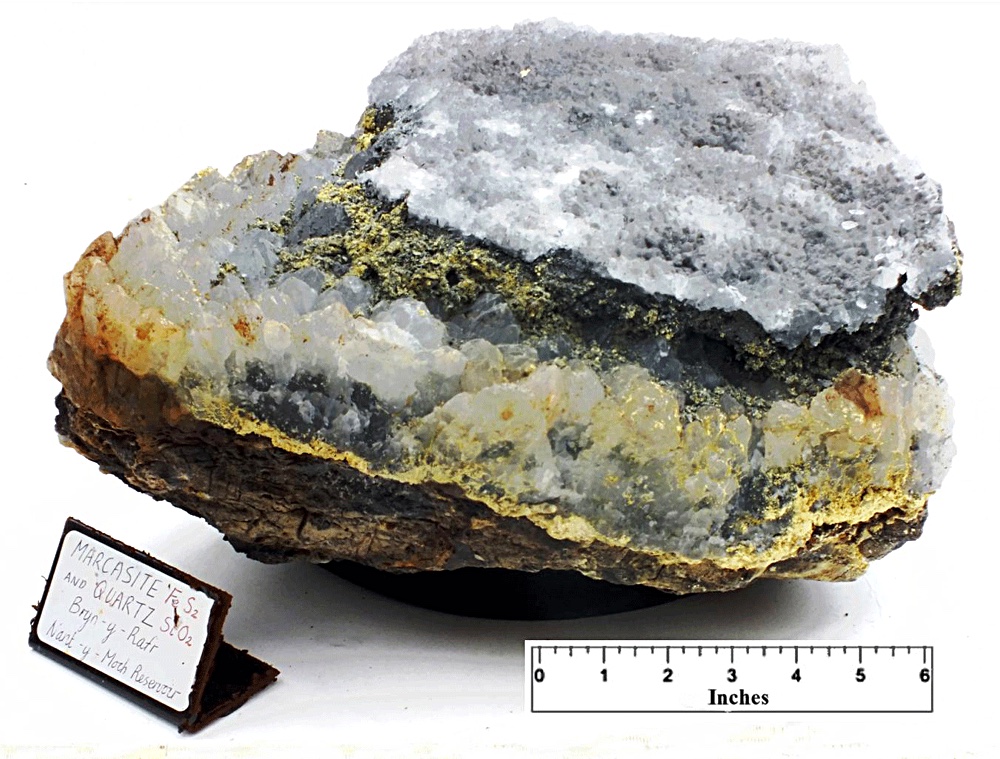 Marcasite, FeS2, and Quartz, SiO2. Bryn y Rafr mine, west Wales. A layer of marcasite, sandwiched between two layers of badly defined druzy quartz, one layer with much smaller crystals. The marcasite has suffered pyrite decay, hence the sulphurous deposits on the surface. Although the specimen is kept in a sealed box with silica dessicants to halt the decay, a steel label, also in the box is very badly rusted by the chemical reaction.