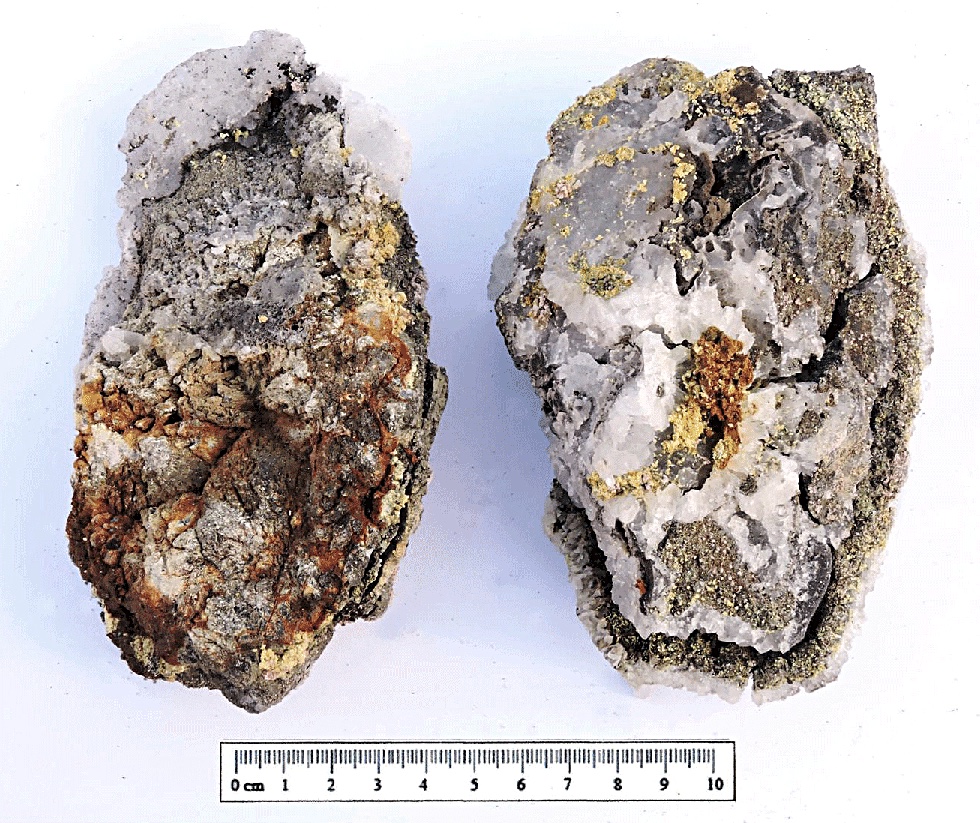 Marcasite FeS2, and Quartz, SiO2. Bryn y Rafr mine, west Wales. Alternating layers of marcasite and quartz. The marcasite is subject to pyrite decay, hence the yellow sulphurous deposits. The quartz shows very little evidence of crystals, instead it appears as though it has flowed over the marcasite.