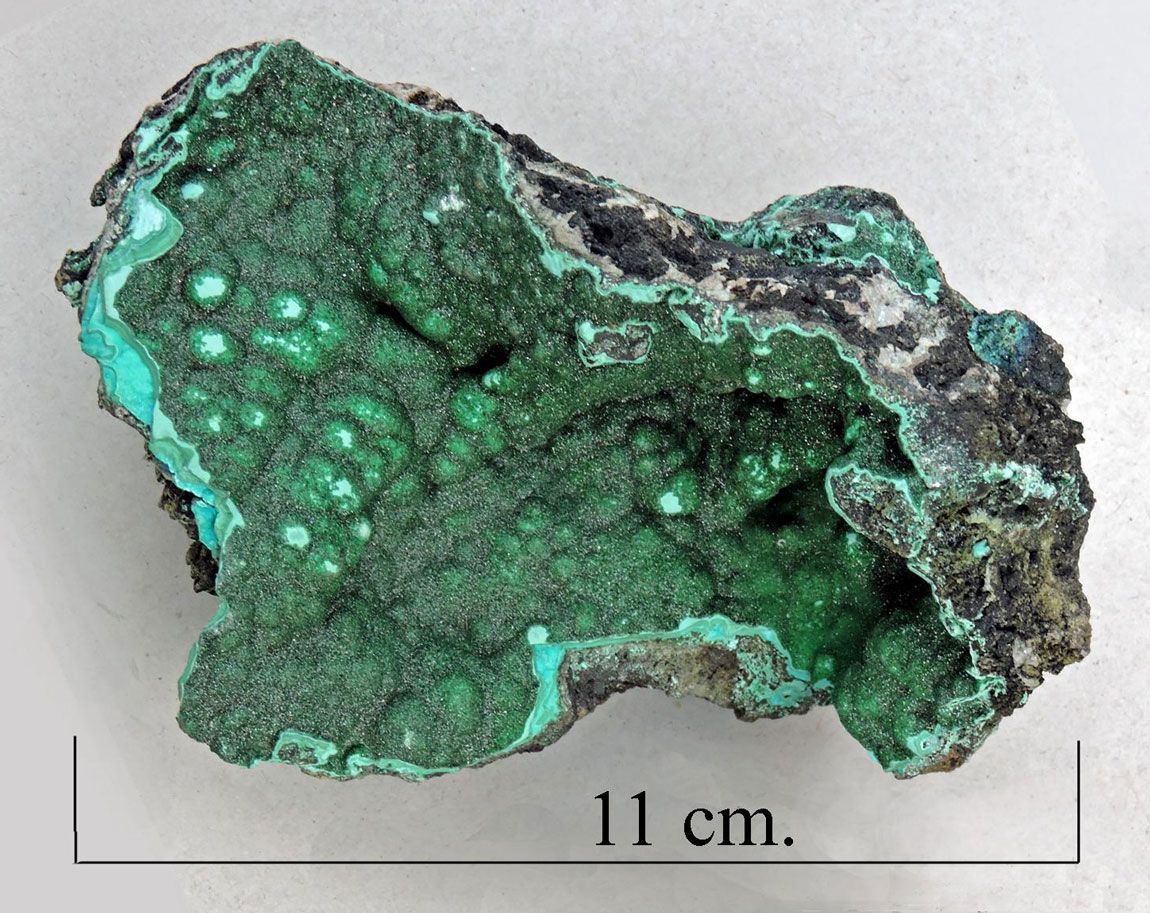 Malachite is a copper carbonate mineral, Cu2CO3(OH)2  which forms as the result of weathering of copper ores. The specimen is an encrustation composed of a botryoidal covering of malachite on a crust of chrysocolla,  which is a hydrated copper phylosilicate. The origin of the specimen is listed as from the Shaba province, Congo. The Shaba province only existed between 1971 and 1997, which indicates that this specimen was collected between those dates.