At the last meeting Prof. Neil Glasser gave a highly informative talk on the MAGIC-DML project ( of which he is part) which is a collaborative project between Sweden,UK, US, Norway and Germany and is researching the glacial history of the Antarctic ice-sheet and how it has changed over time. The area chosen for the research is Dronning Maud Land (DML) area of Antarctica which is largely covered by the East Antarctic ice-sheet. There were two field seasons in 2017 and 2018 with Prof. Glasser attending in 2017.

The ice in Antarctica is very thick ( with a mean of 2.16km and a maximum of 4.7km) such that only the peaks of the highest mountains protrude through the ice. These areas are known as nunataks. Ninety per cent of the world's ice (29 million cubic km) and approximately 80 per cent of its fresh water, is locked up in the Antarctic ice sheet. If all the ice were to melt, the level of the world's oceans would rise by nearly 60 m. 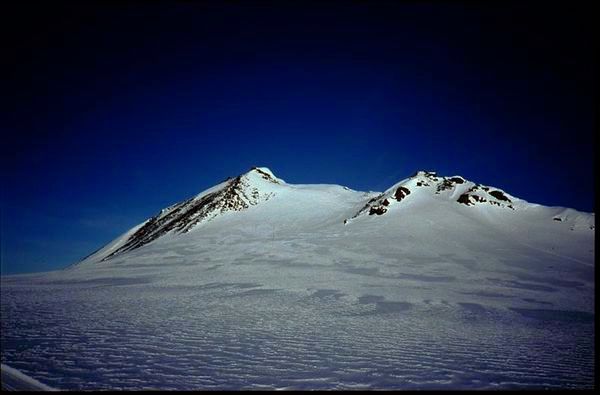 Mapping- Firstly the area has to be mapped and this is done using methods such as the Geographic Information System (GIS) and Google Earth. This allows the researchers to understand the landforms they are going to survey.

Measuring - Involves using Cosmogenic nuclide testing to determine how long the surface of the rock has been exposed. This helps in determine past ice-sheet extent and the rate of recession.

Cosmogenic particles are produced when elements are bombarded by high energy particles ( cosmic radiation) that enter the atmosphere from outer space. These particles can interact with silica and oxygen in quartz ( in a process known as spallation) to produce isotopes of 6Be and 26Al. Other isotopes produced are 36Cl, 14C, 21Ne, and 3He. Thus the assumption is made that there is a constant rate of production so that the the accumulation in the rock is proportional to the length of time exposed and the rate of decay of the isotopes. The isotopes are measured using an accelerator mass spectrometer.

Samples can only be taken from the top of the rock exposure as the high energy particles cannot penetrate into the depths of the rock and any disturbance to the rock from weathering could affect the results. So the field worker has to be very careful in choosing the correct sample.

Modelling - The aim is to produce numerical models of past ice-sheet behaviour which can help predict what might happen in the future.

Next month will be the evening field trip which this year is to Middletown quarry. This will be on Wednesday 19th June 6-8pm.