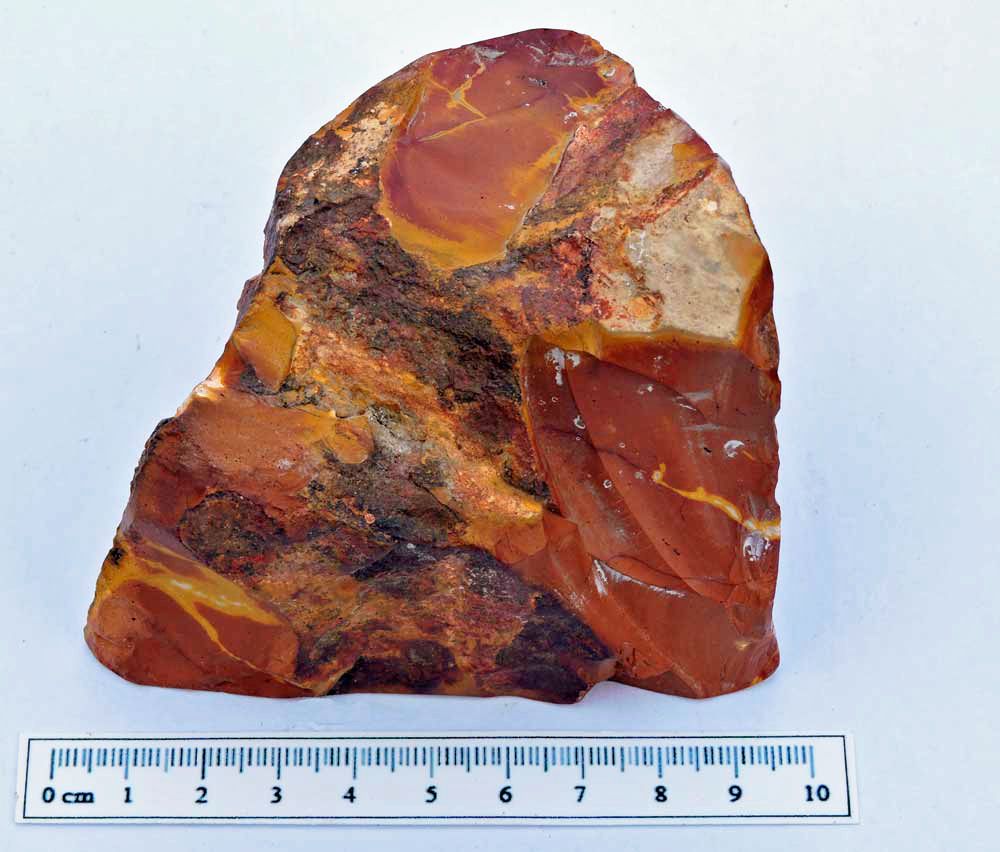 Jasper,  Mookaite var.  SiO2 , is not a mineral as such, but is a rock. It is formed as a sedimentary rock from the weathered products of a Cretaceous siltstone in the Carnarvon basin in Western Australia. In particular it derives it's name from Mooka station, where it was first found. Jasper is an aggregate of microgranular quartz, and chalcedony. The specimens reddish colour is the result of iron impurities, and the typical conchoidal fracture of quartz is apparent. This specimen was collected by Jim Nicholls, co-founder of the club, while he was working in the area.