INTRODUCTION TO THE AEGEAN ISLAND ARC

The talk was based on a walking holiday in September 2018 involving several different islands: Milos, Kimolos, Sifnos, Serifos and Santorini – all part of the Cyclades group of islands in the Eastern Mediterranean.

There is an excellent geological museum on Milos which has good specimens and a description of the geological history of these islands.

Milos belongs to the Southern Aegean volcanic arc. Its creation began 3.5M years ago with the onset of volcanic activity when the African plate subducted under the Eurasian plate. The first phase started in shallow seas and formed pyroclastic rock (ignimbrite, tuff, pumice etc.) during the middle Pliocene.

The second phase, 3M years ago, was land-based volcanic activity yielding andesitic lava. From 1.8M years ago until about 90,000 years ago, extrusive volcanic activity produced rhyolite, rhyodacite and obsidian, followed by thick layers of pumice and fine ash. Milos is still considered to be potentially active.

Milos and Santorini are both old volcanos. The other islands are the tips of submerged mountains.

Chris went through the wide variety of igneous rocks seen on the various islands. 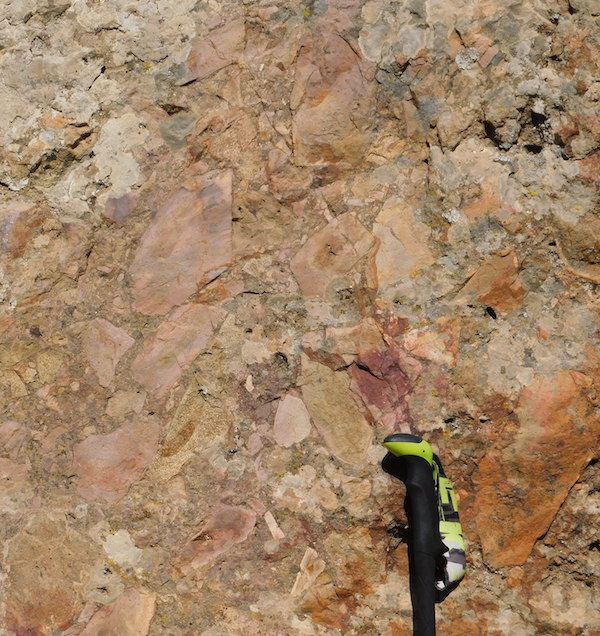 Volcanic breccia – top of walking pole is the scale 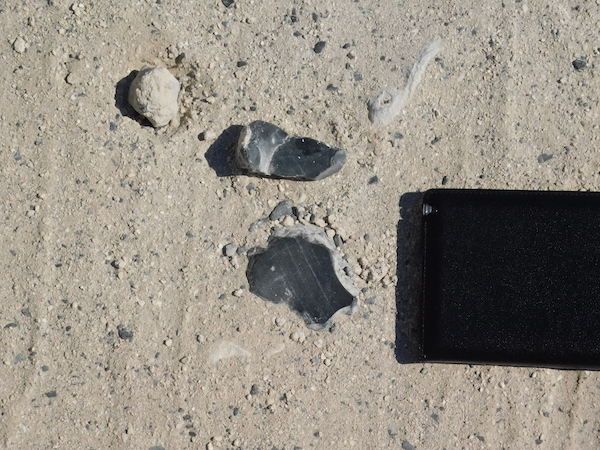 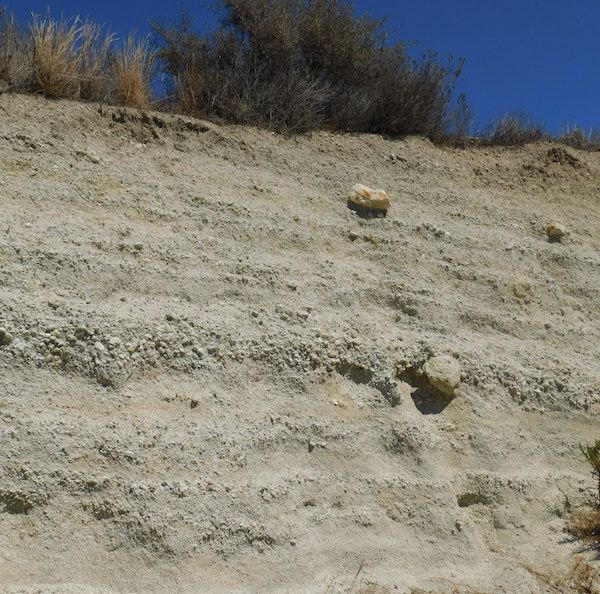 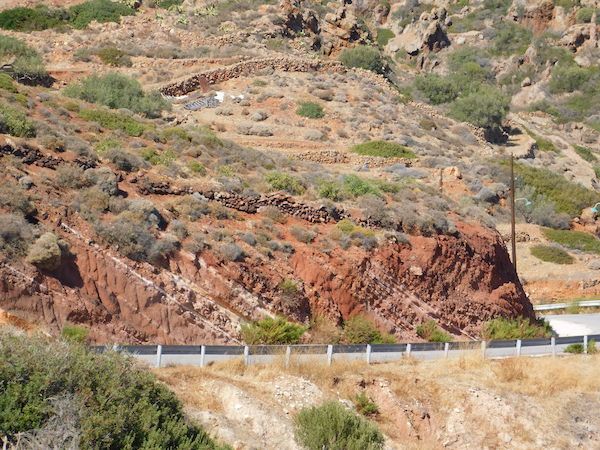 A road cutting showing a succession of volcanic ash layers. Each layer is fairly uniform; but there is variation in composition between different layers shown by the marked variation in colour 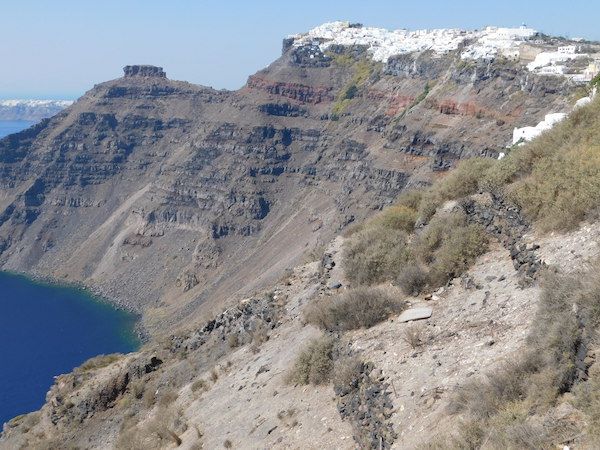 Although most of the islands are composed of igneous rocks, some areas of sedimentary rock are seen, and an occasional focus of metamorphism. 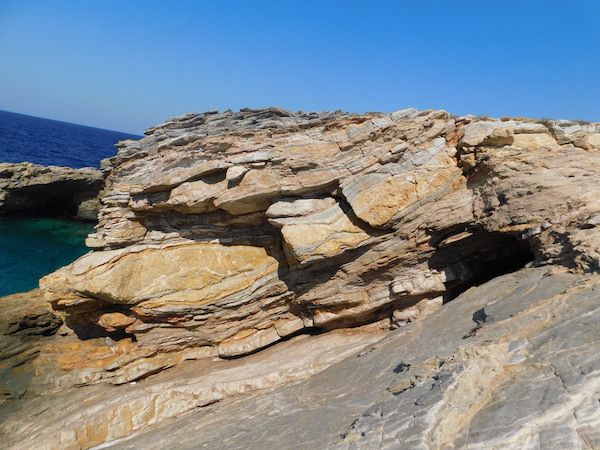 Sedimentary beds by the sea shore