The last meeting (16/2/22) Chris Darmon and Colin Sutherland took us on an exploration of the geology of Iceland.

The island of Iceland sits astride the mid-Atlantic ridge, which is an active spreading ridge between two continental plates i.e. the north American and Eurasian plates. It is this location that gives Iceland it’s unique and varied geology. It is geologically young with the oldest sub-arial rocks some 16 million years old and the varied landscapes being the result of the interplay between plate tectonics, volcanics and glaciation.

Chris and Colin took us on a whistle-stop tour of some of the more interesting geological locations on the island. Below are just three of them.

Laki volcano, located in southern Iceland, is known for the very large, 27 km fissure eruption which took place from June 1783 until February 1784. The eruption led to the release of of about 14 cubic km of basaltic lava and large amounts of ash and gases. Not only is the eruption known for it’s size but the fact that about 25% of the population of Iceland died due to famine and disease brought on by the death of their livestock ( due to eating fluorine contaminated grasses) and crop failure ( due to acid rain). The eruption also caused several years of extreme weather in Europe and north America.

Vatnajökull glacier is the largest ice-cap in Iceland and the second largest in Europe. It is the second largest glacier in area after Austfonna on Svalbard in Norway but larger by volume. It has 30 outlet glaciers which are channels of ice that flow out of ice-caps but remain constrained on the sides of the valley. 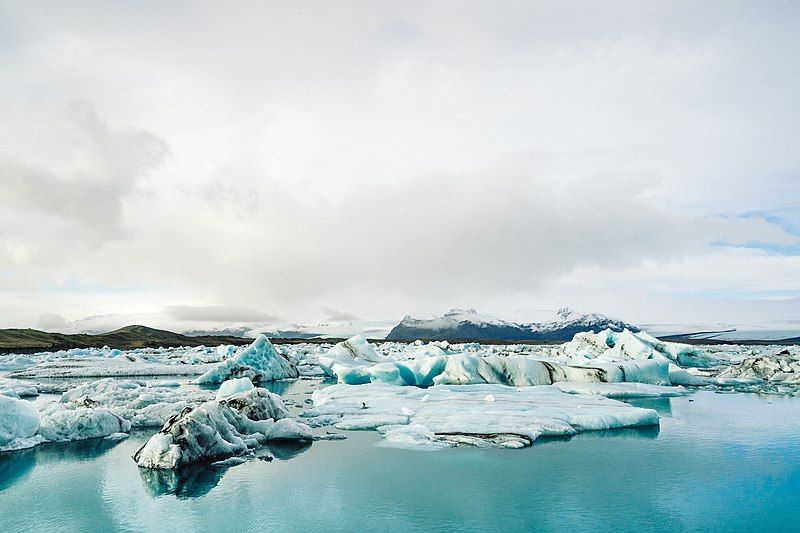 Gulfoss waterfall is Iceland’s most famous waterfall. Gulfoss translates to “Golden waterfall” as on a sunny day Gulfoss may reflect sunlight so giving it a golden hue. The canyon into which the water surges grows at an incredible speed of about 25cm per year due to erosion, such is it’s power.

Chris went on to discuss new ideas about the formation of Iceland. The established theory is that geological features such as Iceland, are generated by the interaction of ocean-ridge sea-floor spreading with a hot mantle upwelling. This idea is now being challenged. Chris outlined several reasons why the original theory is not correct.

1.the spreading rate does not add up as Iceland is wider than the 2cm/year spreading rate can account for.
2.There is too much rhyolite. In other words how can an island on a divergent plate boundary have both mafic and felsic magma sources?
3.Mesozoic age zircons have been isolated from rocks in south-east of the island
4.oceanic crust under Iceland is too thick. This crust is up to 40km thick, far greater than normal oceanic crust.

A new theory has been put forward by Prof Foulger (Durham University) and her team. They argue instead that Iceland is made of continental crust and so are large areas of the surrounding seabed. This hidden continent of Icelandia, if it exists, has a surface area of 600,000 square kilometres. Prof. Foulger thinks Icelandia is one chunk of Pangaean continental crust that survived and now sits underneath Iceland.

The research into this goes on.