Paul gave an outline of his history and how he became interested in fossils. His grandfather came to South Wales in 1910 from a rural background to work in the pits and his father followed him into the mines. Paul started collecting fossils when he was about 9-10 years old most being collected from the tips around where he lived in the Rhondda Valley. His father made him a “pick” and gave him an old gas mask bag to hold the specimens.

When at school a new teacher arrived from Aberystwyth who offered geology as a subject and therefore he could study geology at ‘O’ and ‘A’ level after which he undertook a teaching degree with geology as the main subject and the rest (as he states) is history.

Paul then proceeded to describe the Carboniferous Period and the plants that occurred:
Around 359 Ma, at the start of the Period, Great Britain was lying at the equator, covered by the warm shallow waters of the Rheic Ocean, during which time the Carboniferous Limestone was deposited, as found in the Mendip Hills, North and South Wales, in the Peak District of North Lancashire, the Northern Pennines and Southeast Scotland.

These were followed by dark marine shales, siltstones and coarse sandstones of the Millstone Grit. Later, river deltas formed and the sediments deposited were colonised by swamps and rain forest. It was in this environment that the cyclic Coal Measures were formed, the source of the majority of Great Britain's extensive coal reserves that powered the Industrial Revolution. 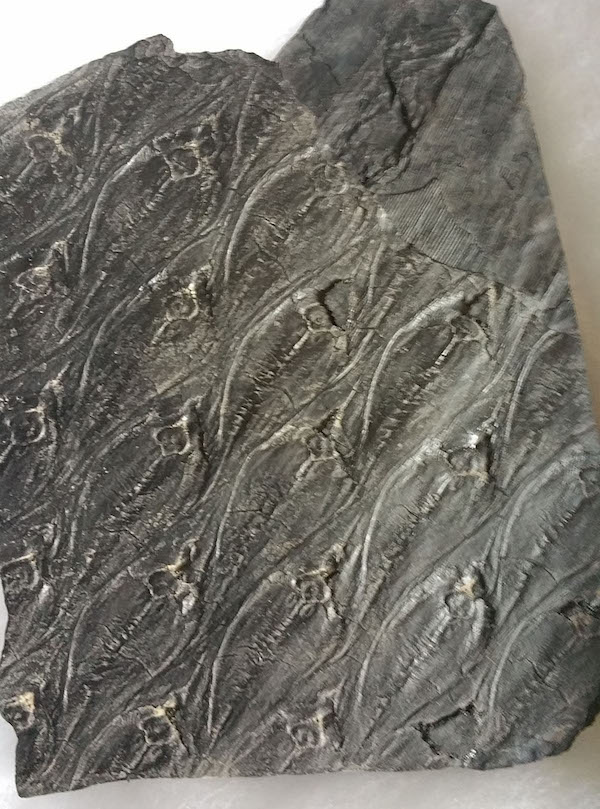 Average global temperatures in the Early Carboniferous Period were high: approximately 20°C (68°F). However, cooling during the Middle Carboniferous reduced average global temperatures to about 12°C (54°F). Lack of growth rings of fossilised trees suggest a lack of seasons of a tropical climate.
Glaciations in Gondwana triggered by Gondwana's southward movement, continued into the Permian.

3 pieces of coal by Paul 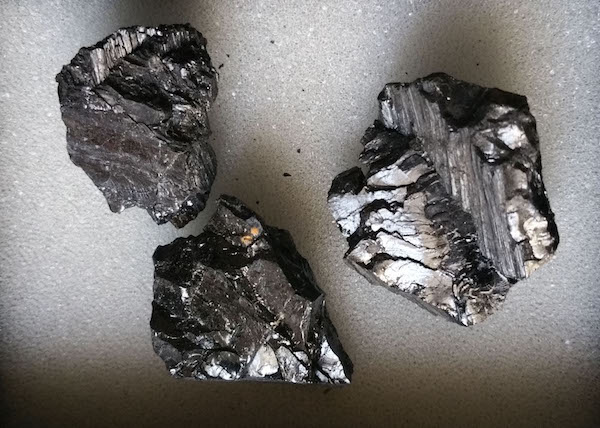 The thicker atmosphere and stronger Coriolis Effect due to earth's faster rotation (a day lasted for 22.4 hours in early Carboniferous) created significantly stronger winds than today.
The cooling and drying of the climate led to the Carboniferous Rainforest Collapse (CRC) during the late Carboniferous. Vast tropical rainforests collapsed suddenly as the climate changed from hot and humid to cool and arid. This was likely caused by intense glaciation and a drop in sea levels.

At the next meeting Kit Moorhouse will give a talk entitled: “North Sea Oil Fields and Debris Flows”