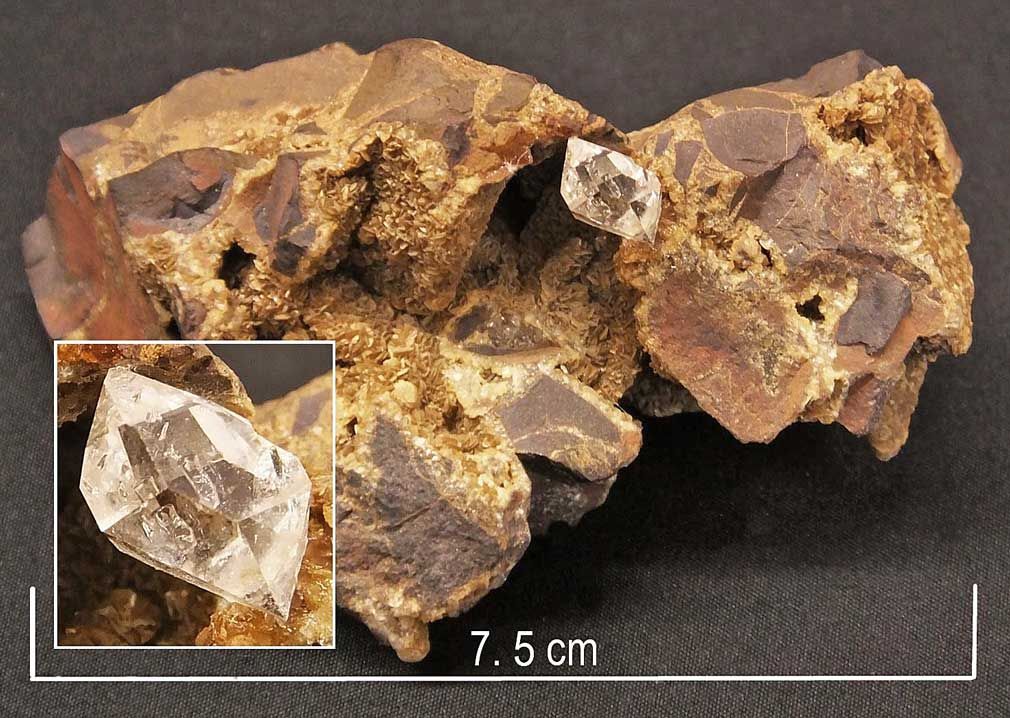 Herkimer diamonds are small doubly terminated quartz crystals. SiO2 and are so named because of their abundance in Herkimer county, New York, USA. This specimen comes from Marine colliery, Ebbw Vale, South Wales, and is exactly the same as those from the USA, but can only be referred to as a Herkimer diamond ( type ) The crystal is exactly one cm. long and is perched on the edge of a vhug of siderite in a brecciated ironstone. From Marine colliery waste heaps, in the clay ironstone beds in the upper Carboniferous coal beds of South Wales.