At the last meeting Dewi Roberts gave a very interesting talk on fluvial geomorphology. The interest was enhanced by the use of underwater photography within the river which highlighted the processes occurring on the river bed.

Streams begin with water added to the surface which will run off down the steepest slope.Subsurface water and ground water also add water to the system. Erosion commences with the creation of small rill channels which coalesce and deepen into channels. The channels lengthen upslope by headward erosion. Dewi gave a good explanation of the latter by showing a clip of headward movement in beach sand. Over time channels merge and tributaries join a large trunk system. The types of drainage pattern that are observed are dependent on the type and structure of the rock and how easily the rock can be eroded.

The maximum size of particle that can be carried is called the competence and this varies with the sixth power of velocity. The capacity is the maximum stream load that a stream can move over a given time and varies greatly over time. So that the most work a stream does will occur during floods when stream velocity and discharge are greatly increased. 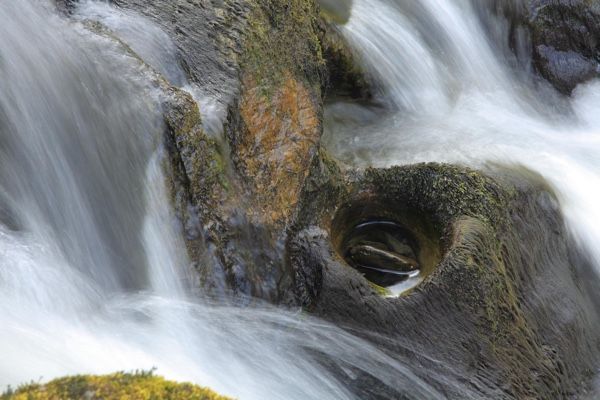 Pot-hole erosion in the river Marteg

As a stream moves down from it’s head to the mouth of the estuary then it’s discharge increases as does it’s cross sectional area and it’s velocity ( on average). This latter idea of velocity increase had us all wondering but it seems that the broad lowland waters have a much greater discharge and hydraulic radius and the waters flow much more freely. Hence the increase in velocity. 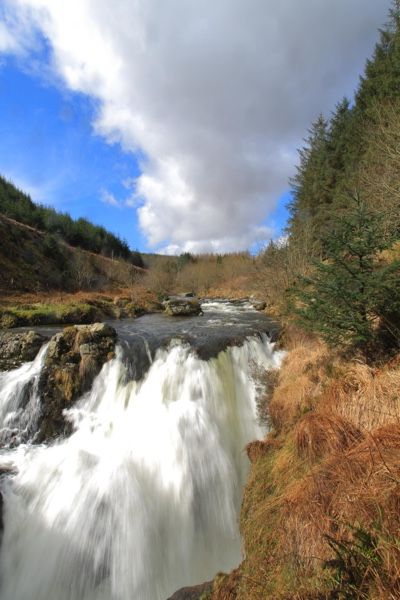 Using photos of local rivers we looked at the evolution of the stream valley from it’s youthful v-shaped valley with little or no flat land next to the stream. As the stream continues downstream it begins to erode more laterally than vertically and the valley widens and the stream begins to meander causing erosion on the outer portion of the meandering bend where velocity is highest and sediment will be deposited on the inner bend where velocity is low. If erosion continues on the outer bend then a meander may eventually be cut off leaving an oxbow lake. 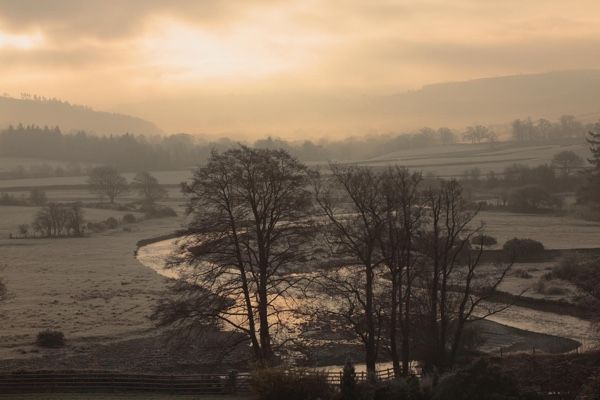 Meanders in the river Severn

Stream deposition occurs whenever there is a change in velocity. Velocity varies along the length and wherever there is a lowering of velocity some sediment will come out from suspension and be deposited.For example if the discharge is suddenly increased, as it might be during a flood, the stream will overtop its banks and flow onto the floodplain where the velocity will then suddenly decrease. This results in deposition of such features as levees and floodplains. If the gradient of the stream suddenly changes by emptying into a flat-floored basin, an ocean basin, or a lake, the velocity of the stream will suddenly decrease resulting in deposition of sediment that can no longer be transported. This can result in deposition of such features as alluvial fans and deltas.

This was a very enjoyable talk.

The next meeting will be on Wednesday 18th march when Prof.Ian Stimpson will give a talk on Geothermal Energy in the UK