The field trip on 24th July took us to the Waun Marteg forest, near Bwylch y- Sarnau. led by Tony Thorp

The four quarries visited took us through a sequence from the late Llandovery ( Telychian stage) to early Wenlock ( Sheinwoodian stage) The exposures form part of a syncline and the route took us from west to east from oldest to youngest rocks.

We parked at the first quarry (location one SO 009 770) which exposes the junction between the Dolgau Mudstones and the early Wenlock Nant-ysgollen Mudstones.
The Dolgau Mudstones (Llandovery, Telechyian stage) are grey green, turbidite mudstones with burrowed hemipelagites. An example of the burrow-mottling was found in the scree and can be seen below. During the late Telychian tectonic events had become quiet. This allowed the re-establishment of oxic slope-apron sedimentation within the Welsh Basin which is characterised by the Dolgau mudstones. 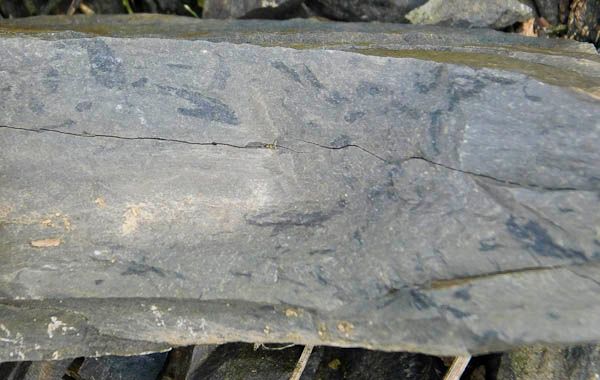 The Nant-ysgollen formation is the earliest strata in the Wenlock series and overlies the Dolgau mudstones. It marks the return of oxygen-poor bottom conditions and deeper water. It consists of thinly interbedded turbidite mudstones and laminated hemipelagites. The formation is in the Cyrtograptus centrifugus biozone and the base of the Wenlock series and the Sheinwoodian stage is equated with the base of the centrifugus biozone (although Mullins and Aldridge (2004) suggest that the actual level is at the top of that biozone or at the base of the C. murchinsonii graptolite biozone). The formation showed well developed cleavage which had a high angle dip and pencil cleavage was apparent. 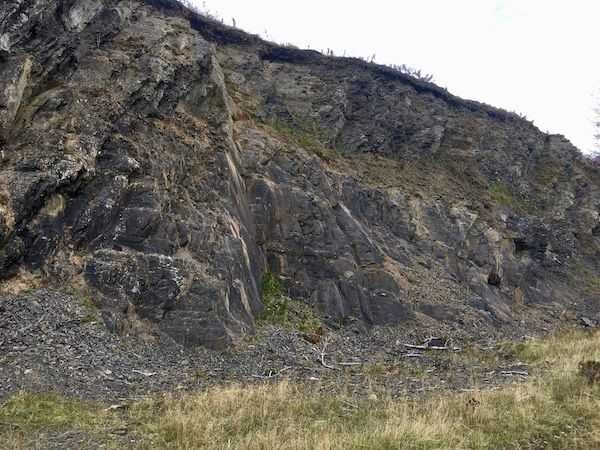 At the second location ( SO 013 771) the Nant-ysgollen mudstones were the predominant lithology. Bedding of shallow dip was apparent as were concretions and well developed pencil cleavage. Whereas at the third location ( SO 016 773) although the hemipelagites and pencil cleavage of the Nant-ysgollen mudstones were still present, towards the top of the exposure a fine sandstone probably of the Penstrowed Grits Fm was apparent. Within the scree pale calcareous mudstones were numerous. 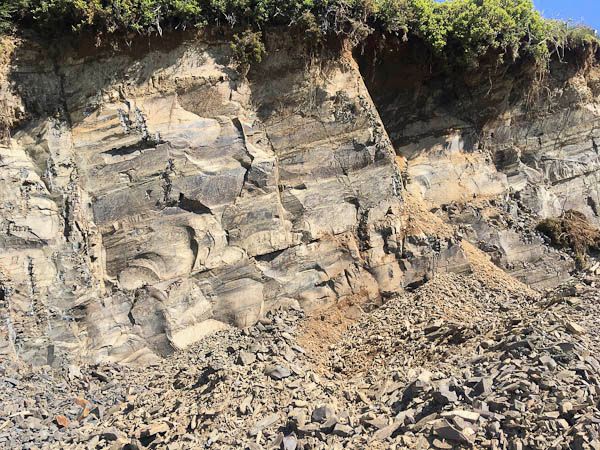 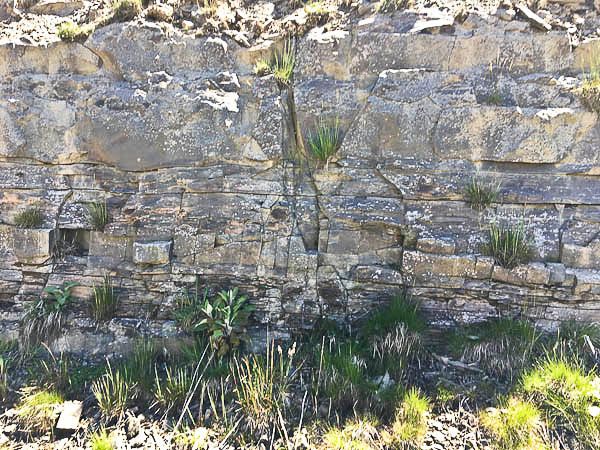 Location four (SO 012 776) was a large quarry within the base of the Penstrowed Grits Fm. with good example of sandstone mudstone turbidites. The Penstrowed Grits is an extensive sandstone lobe facies that was supplied from the south west end of the basin. The medium- to thick-bedded, high-matrix turbiditic sandstones are interbedded with thin siltstone turbidites and laminated hemipelagites. The muddy turbidity currents were probably supplied from the adjacent platform and slope rather than from much further south. The bedding was almost parallel at the SW corner of the quarry but the sandstone beds at the NE end of the quarry became jointed and the mudstone had developed pencil cleavage. 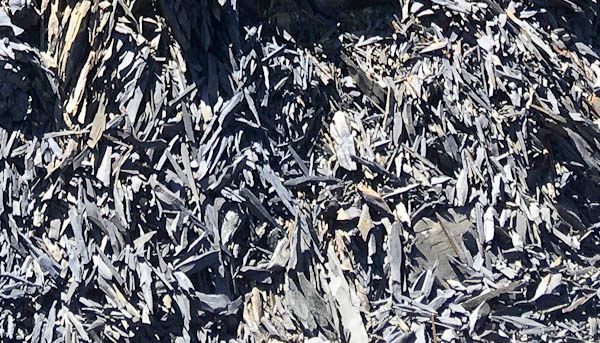 At the end of the visit a few of the members decided to carry on to a fifth location close to Bwlch-y-Sarnau (SO 035 750). A NW/SE fault crosses the quarry. The junction between the Nant-ysgollen Mudstones and the Penstrowed Grits Fm was exposed. The bedding in the Penstrowed grits was at a very steep angle and calcareous mudstones were again present. Good examples of current aligned graptolites were found. 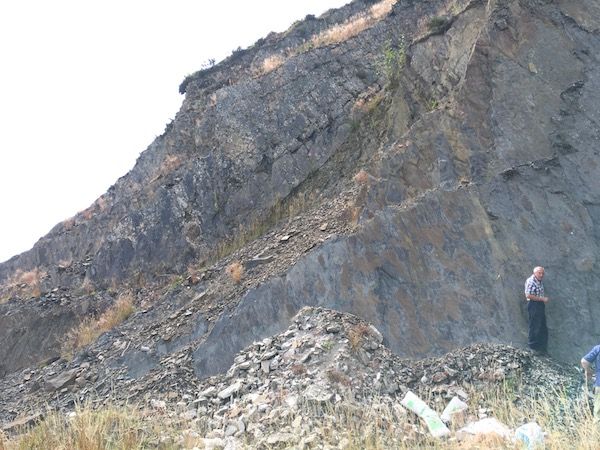 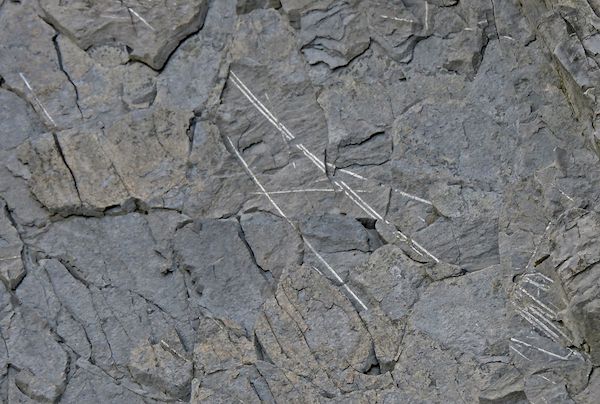 Pencil Cleavage
“Pencil cleavage is a low-temperature tectonic fabric formed due to shortening of clay-rich sediments like mudstones”
When mudstone or clay-rich sediments are deposited they will tend to break along bedding planes as the platy clay minerals give a natural bedding parallel fissility. If at a later time the rock is subject to another deformation then a second cleavage may develop with a different orientation to the first. This is due to pressure solution and reorientation of clay minerals. At some point this secondary cleavage will be just as pronounced as the first cleavage and the shale will fracture along both planes and form pencil like structures. Pencil cleavage can also develop where two tectonic cleavages develop in the same rock.