The Ring Hole is a deep semicircular declivity within a huge thickness of glacial till. It is an active landslip area formed by the constant removal of till from the base of the slope by the river Teme. As the till is removed the gradient of the slope is maintained above a critical angle of stability. (BGS) 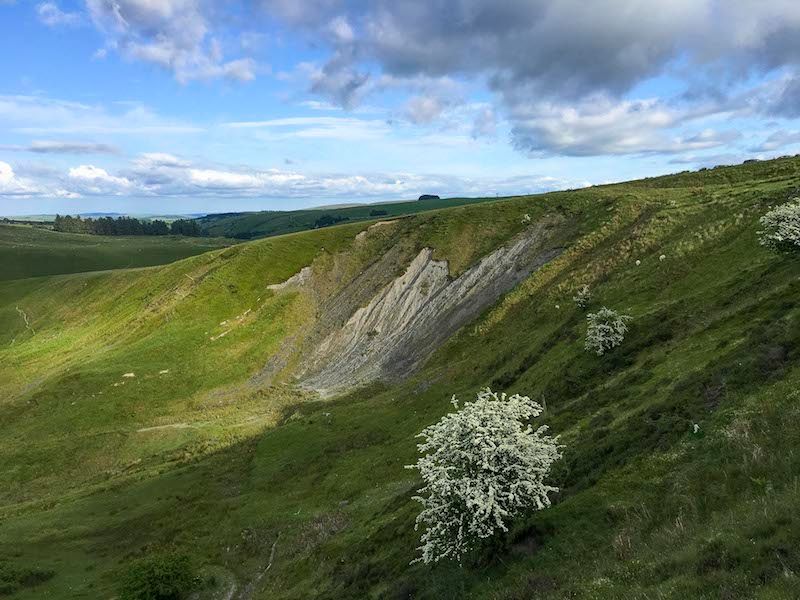 At the meeting place, above the Ring Hole, Tony explained that we were on a bleak plateau at some 450 m surrounded by a number of rounded hills, of about 500 m height. This is held to be part of the Mid Wales “peneplain”, a proposed pre-glacial erosion surface, established during Mesozoic times and since then uplifted, dissected and eroded by ice and water. The generally rounded nature of the topography results from the uniform sedimentary nature of the Silurian bedrock. 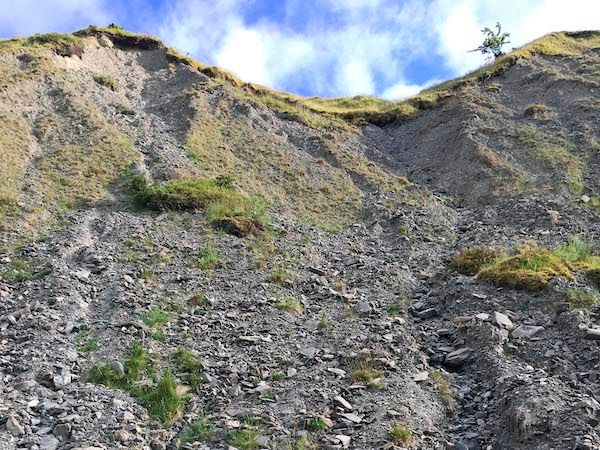 Scree at base of landslip

We descended into the Ring by taking the path round to the west, from which the whole structure could be seen. It is some 150m wide and over 50m deep. The near side shows a near vertical face in the till with scree slopes below. At the base of the landslip we stopped to examine the scree which was composed of sandstone and siltstone similar to the local rocks. We then continued our descent to the bottom of the gorge and the brook ( infant river Teme) crossing the brook to examine the rocks exposed in the bottom of the gorge 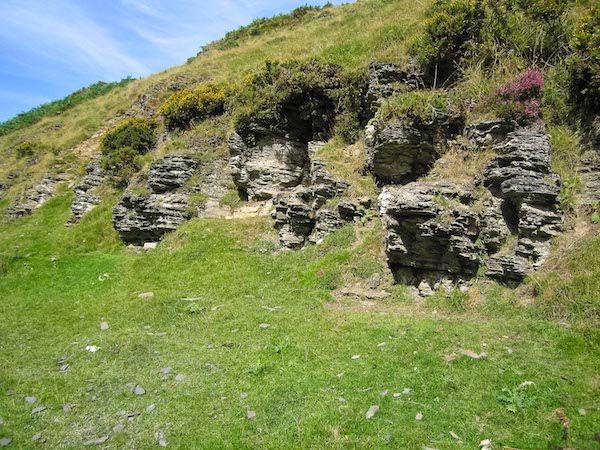 The rocks exposed are from the upper Bailey Hill Formation ( Ludlow Epoch) and comprise thinly bedded sandstones and argillaceous siltstones. As you walk along the exposure it becomes obvious that there are different areas where firstly the rocks are undisturbed with very shallow dips to rocks that are disturbed showing clear soft sediment deformation with complex folds. 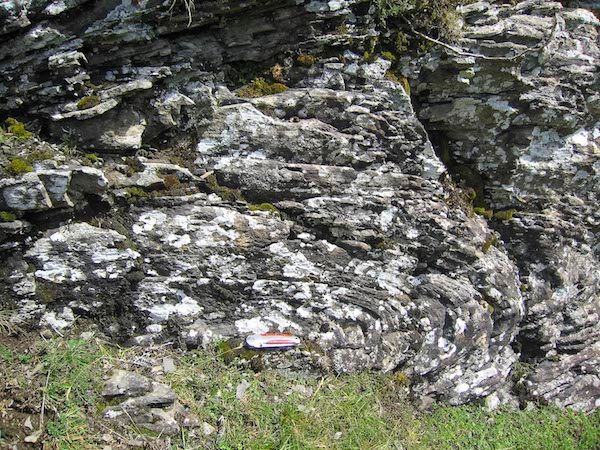 The disturbed beds here and in other exposures nearby are indicative of the original palaeoslope onto which they were deposited. This is different from the various sole structures (flute casts, ripples, etc.) which indicate the depositing current direction. They enabled Bailey and other geologists to postulate the "Montgomery Trough", a north east to south west declivity going through the region into which the slumping was directed. The depositing currents, in contrast, were generally from the south west. 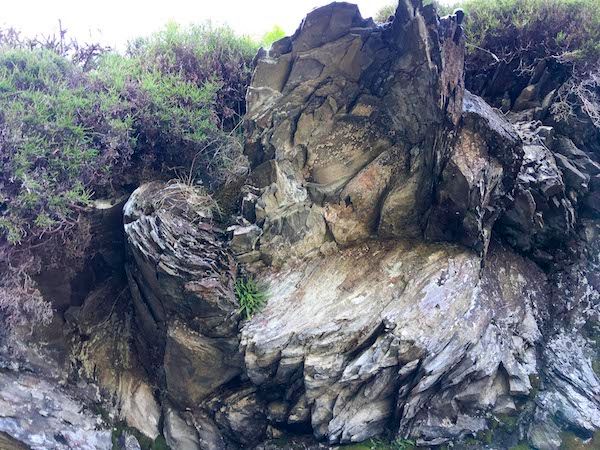