On Wednesday 18th July ten members enjoyed our “traditional” evening field trip which we take in July to enjoy the long evenings out of doors. The weather was glorious as we explored the classic Aberedw Rocks location, along the lines of the “Geological Excursions in Powys” Guide, edited by N.H. Woodcock and M.G. Bassett (1993) pp301-307. This is Murchison country, where he established the sequence down from the unfossiliferous Old Red Sandstone to his fossiliferous Silurian System. 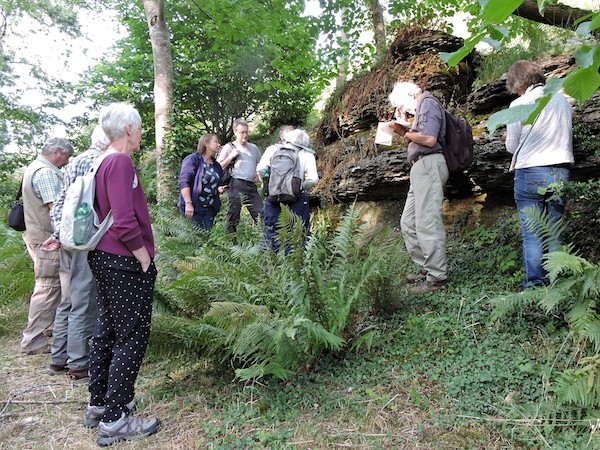 The Silurian rocks we were examining were Late Ludlow, (Ludfordian stage), just off the shelf edge. We would work up the succession, starting in Aberedw, where we met in the car park of the local pub (Courtesy of the Seven Stars). The first location was a few yards below, on the river bank where there were low cliffs. The beds exposed were very thinly (~mm) laminated dark grey shaley siltstones There were a few burrows and very few fossils (one disputed Lingula?) These were the Upper Lingula lata beds and it could be autosuggestion! 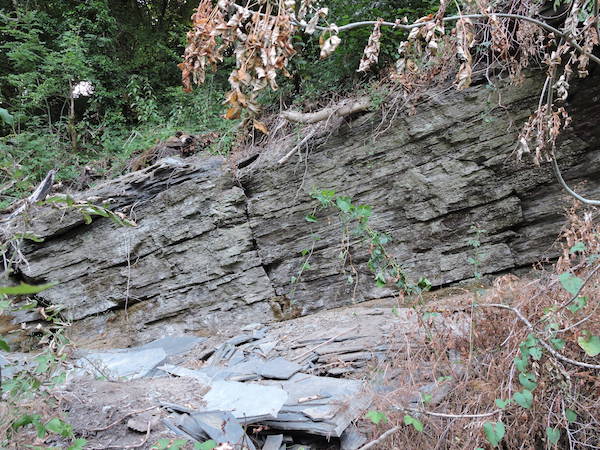 They were cut by a fault (exploited interestingly by a tree root) and, in the beds above in the road cutting there were small ribbed brachiopods. Maybe the fault had brought down higher beds. 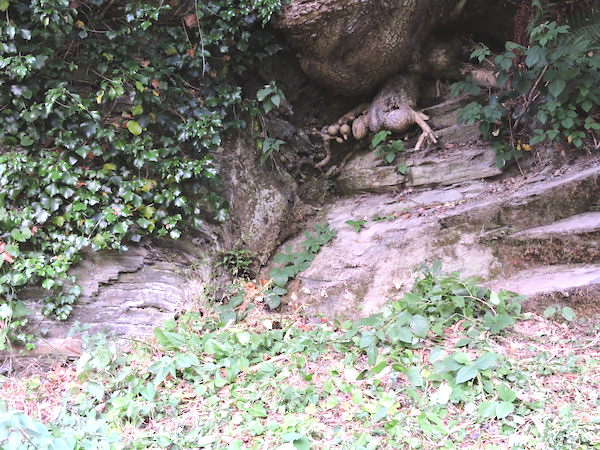 In the river bed the generally southerly dip of ~30deg was evident. 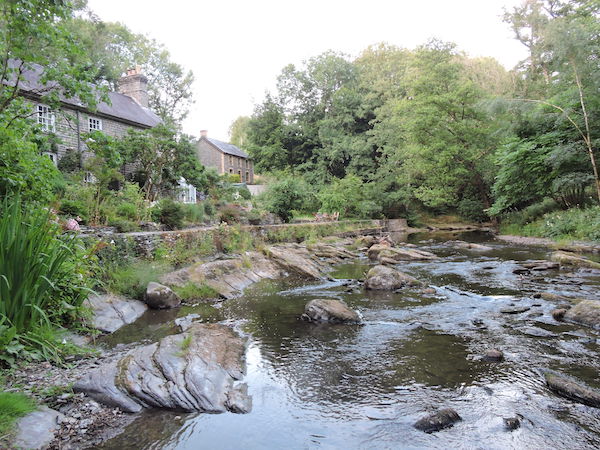 We condensed cars and moved on to the second location at Pont Shoni, less than a kilometre to the south where (thanks to the owners) we parked in lovely gardens which exploited the natural pillar-like thin bedded (~20-50mm) near horizontal dipping flaggy siltstones.

Progressing through the gardens we joined a little used footpath which took us up a significant gorge in gently dipping paler flaggy siltstones which became more fossiliferous as we ascended the scree in the gorge. (Thanks to Colin and Tony for beating a path through the nettles on the previous ‘recce’). We were up sequence and in the Transition beds, equivalent to the Upper Leintwardine and Lower Whitcliffe Formations at Ludlow. As we ascended, we found more and more fossils including brachiopods, nautiloids and a gastropod.

Fossiliferous scree in the gorge 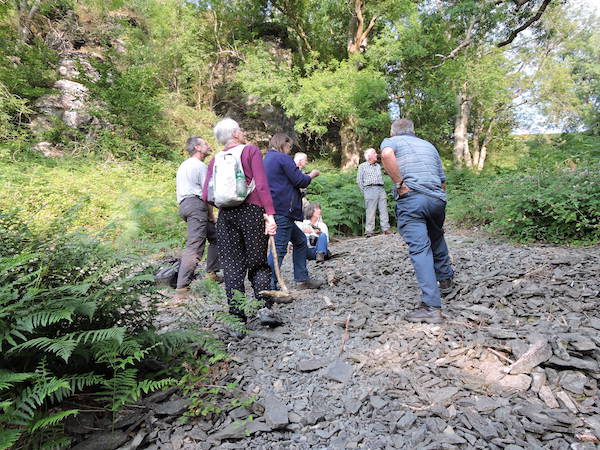 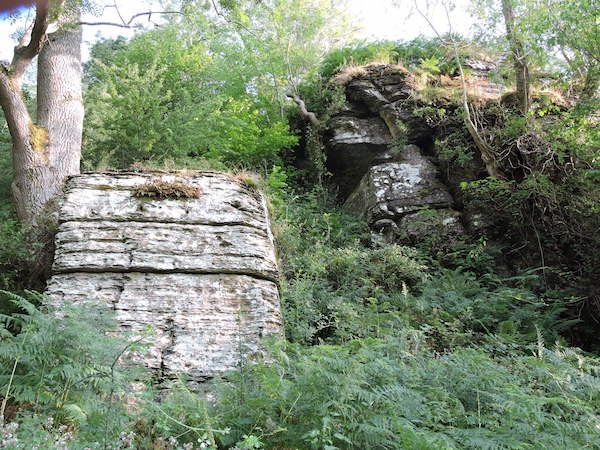 As we worked up the sequence we could see how the gradual sea level regression taking place was enabling more shelly shelf-derived sediments to come in from the east.

Looking at the view from the top, we appreciated that other locations nearby would warrant a whole day excursion at some future occasion, however we returned to the cars having made good use of a lovely evening.