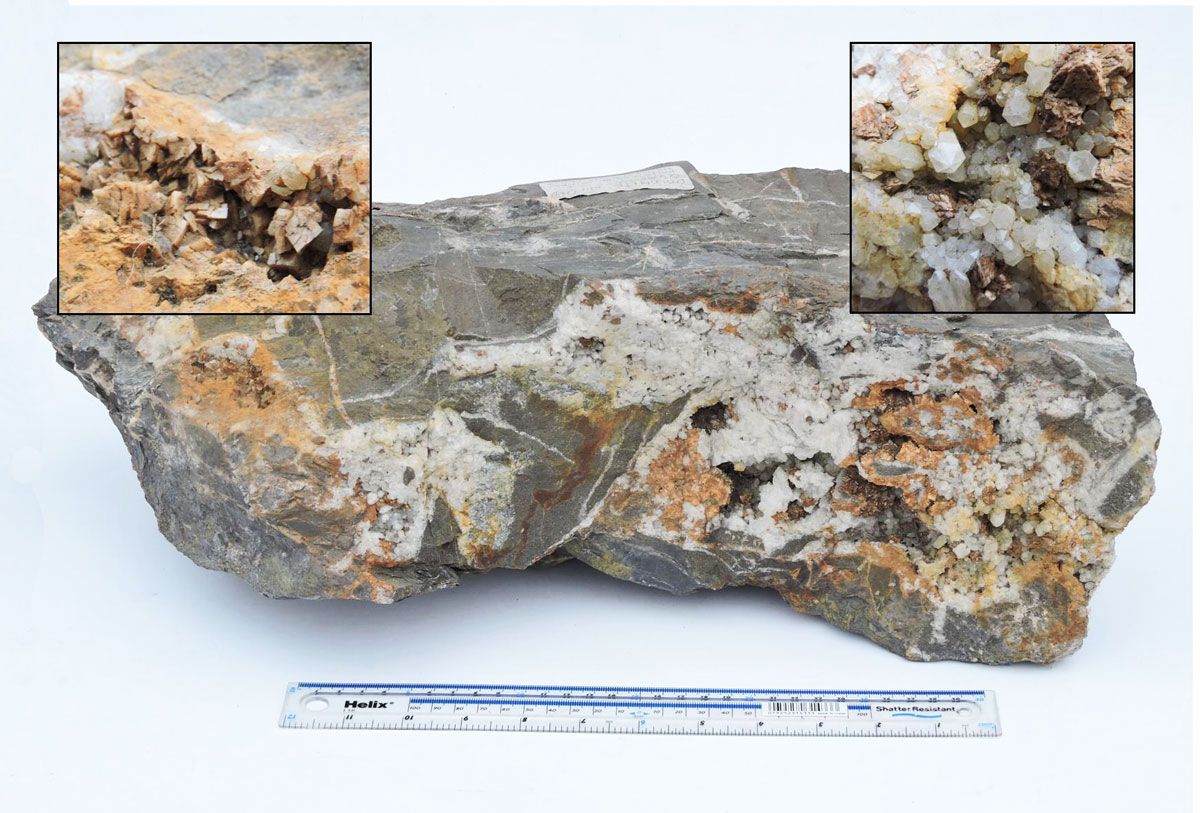 Dolomite, CaMg(CO3)2 , and Quartz, SiO2, are featured in this rock from Penstrowed quarry, Newtown, central Wales. This specimen is very similar to another which was collected from a quarry at Cefn Coch, several miles away. Both quarries are in the Penstrowed Grits Fm, a mid Silurian sedimentary deposit. The rock has several vughs of quartz crystals, and dolomite crystals, both of which are very sharp and well formed.This specimen weighs about 30kg.and was kept in this state, because breaking it might have destroyed the minerals.