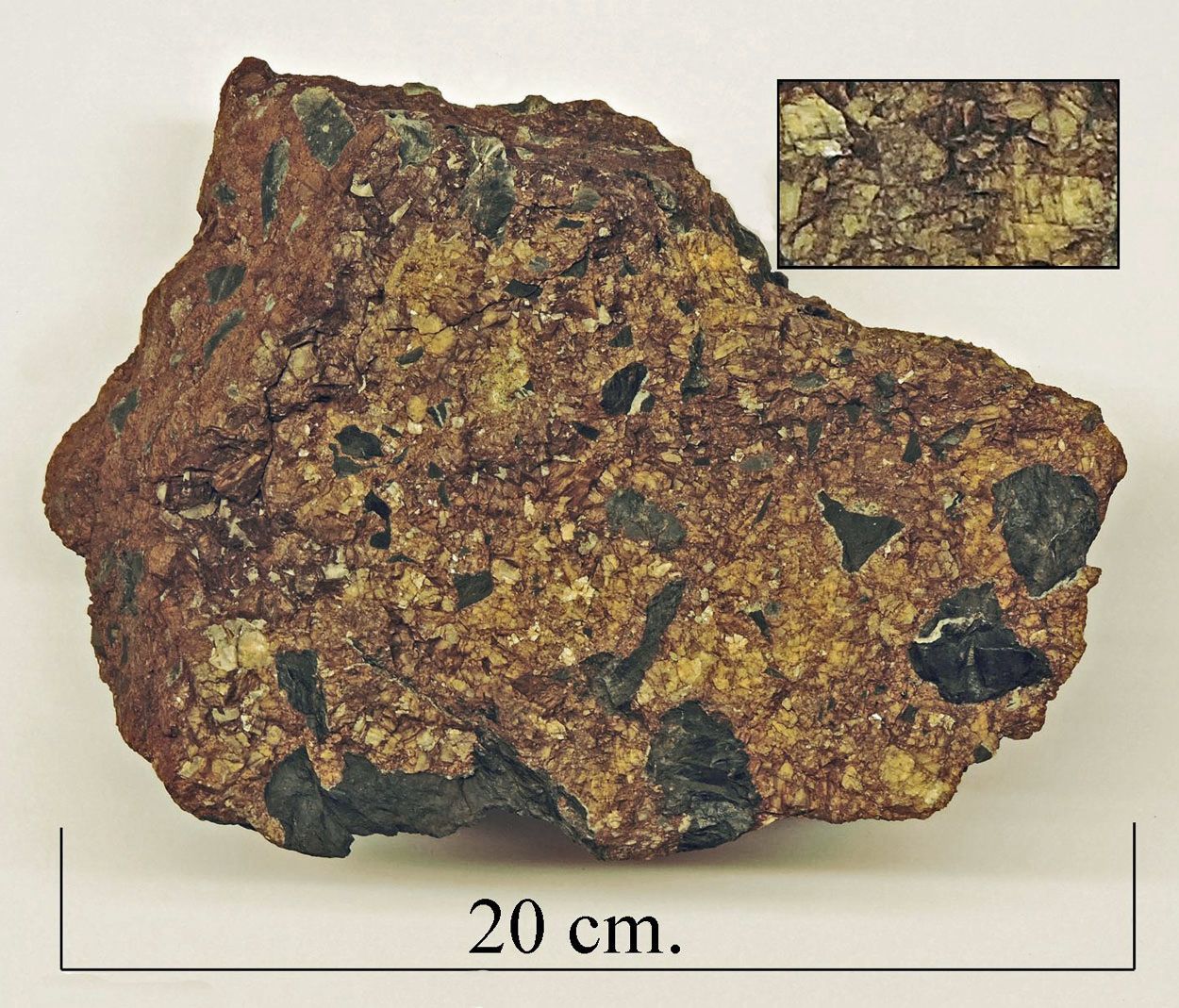 Ferroan dolomite is a way of describing dolomite which has an iron content, which imparts a rusty brown colour. There is a running discussion on whether a particular specimen is either Ferroan dolomite, or Ankerite. A true analysis can only be conducted in a laboratory. I am inclined to believe that this specimen is Ferroan dolomite, both from appearance, and because it is recorded as being present at the location by the National Museum of Wales. I collected the specimen from Henfwlch mine, Nant y Moch reservoir, in central Wales. It is composed entirely of Ferroan dolomite,  Ca(Mg,Fe)(CO3)2   with inclusions of  fractured wall rock, and would be described as an example of hydraulic brecciation.