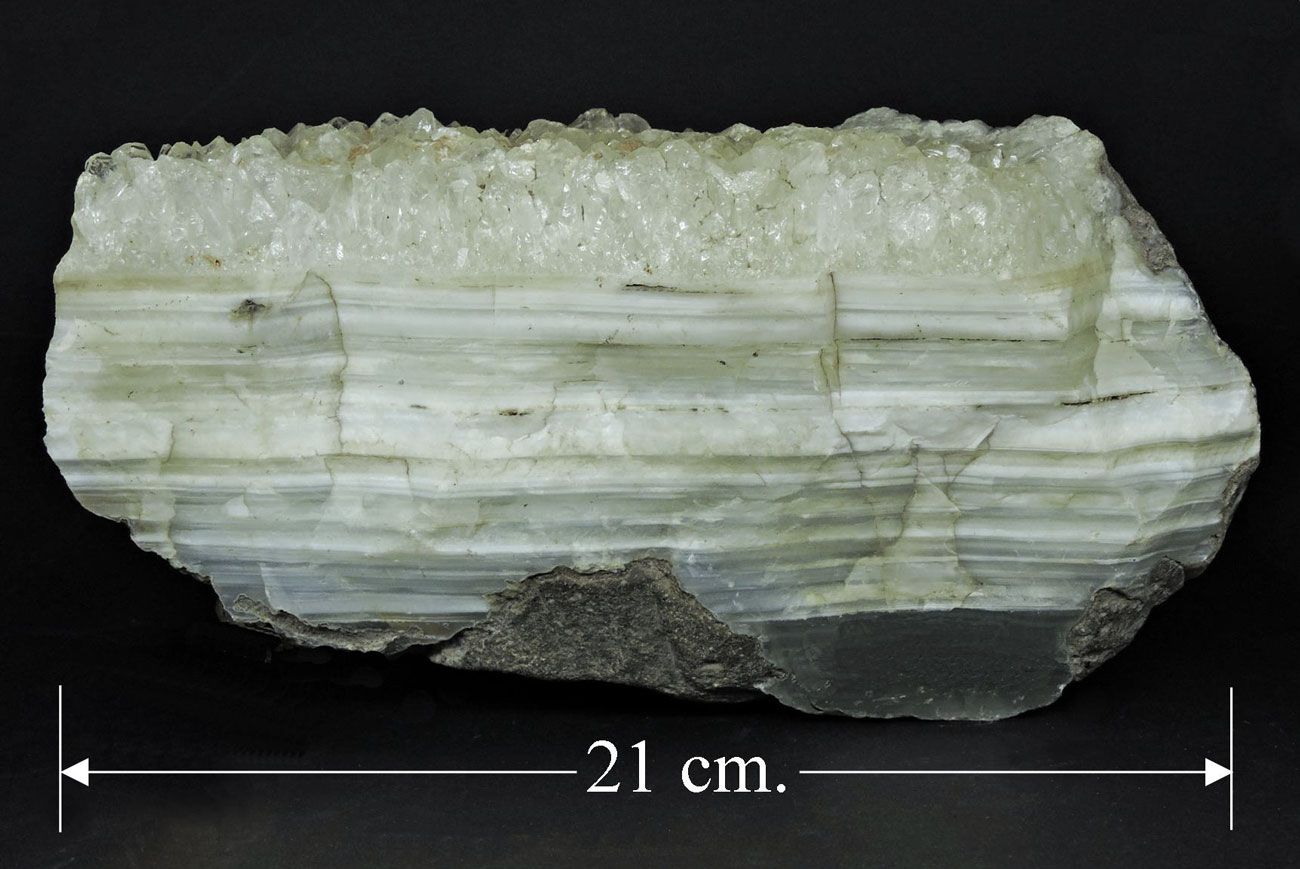 Chalcedony. is a microcrystalline form of silica,  SiO2.  The silica is in two forms, quartz, and moganite, both of which have the same formula, but different crystal structures. The specimen, known as banded chalcedony,  is composed of alternating layers of grey and cream deposits of chalcedony, topped with an encrustation of small quartz crystals.  The crystals are somewhat battered, because this specimen is an erratic that has been transported by an ice sheet. The location is only known as the Lincolnshire fells.