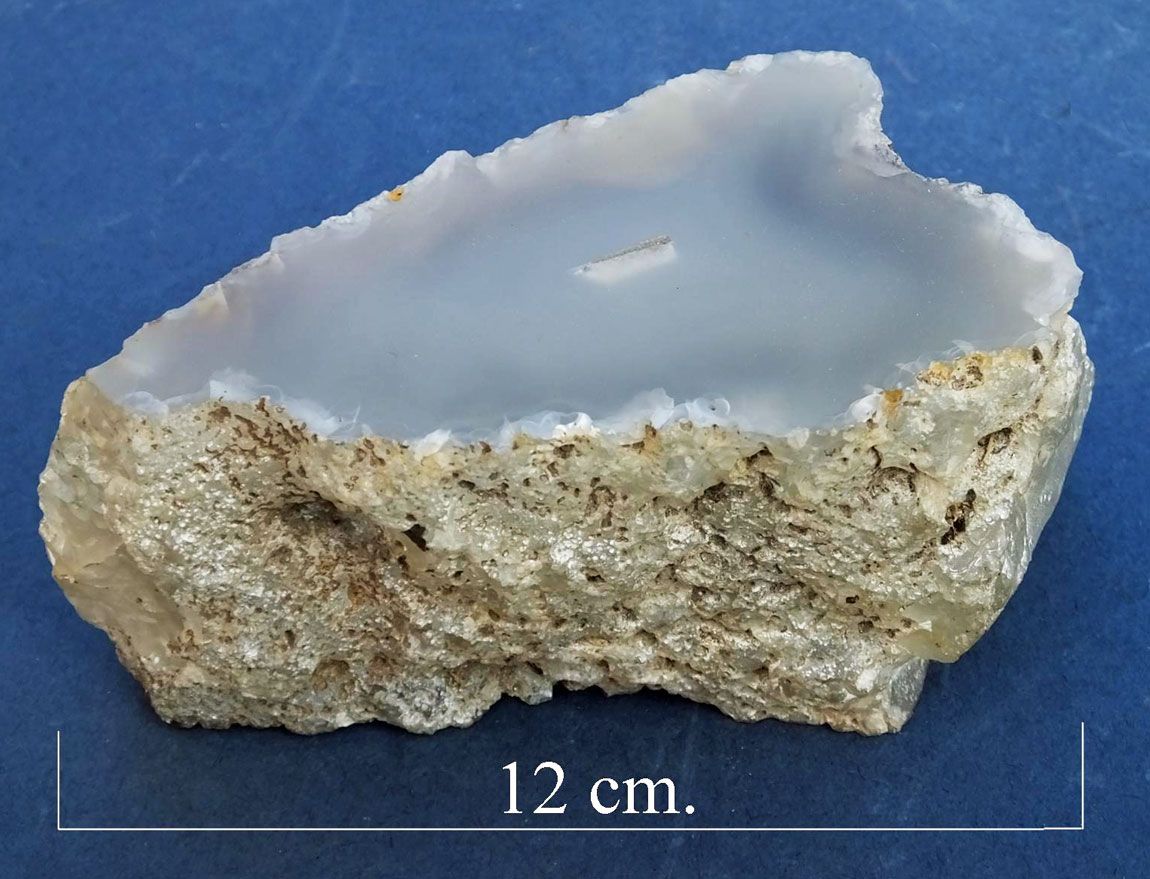 Agate is a variety of chalcedony, and is a silicon dioxide mineral SiO2  This polished  specimen has been named as seam agate. Seam agate as opposed to an agate geode. The lack of colour in the specimen leads to the conclusion that it may be a cold water agate formed under less volatile conditions. Cold water agates are typically colourless or grey, The specimen is translucent allowing some light to pass through a five cm. section.  The outer surface is rough and pitted. an imprint of the matrix from which it came. The origin is only known as N.S.W. Australia.