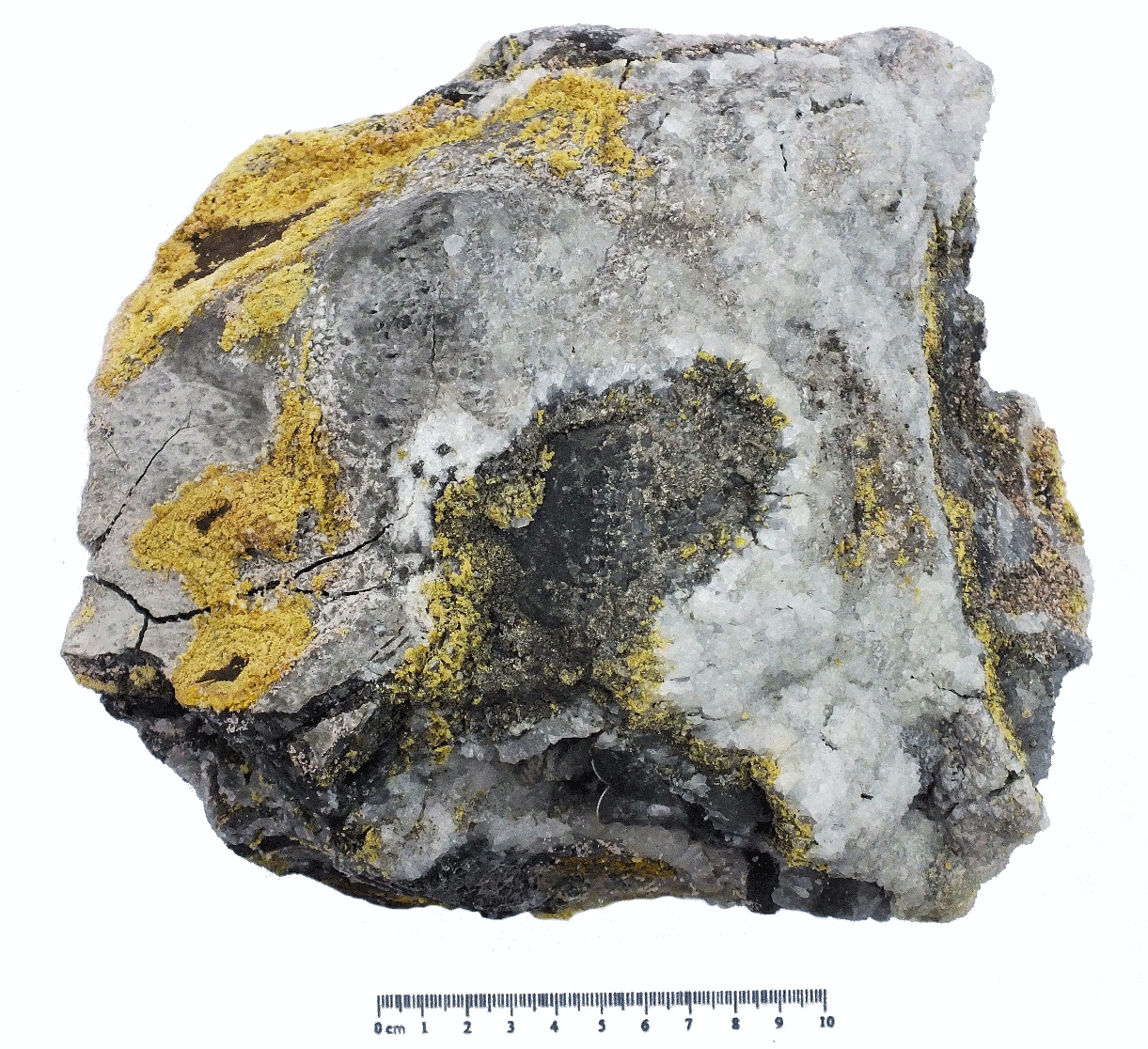 Marcasite, FeS2, and Quartz, SiO2. Bryn y Rafr mine, West Wales. This brecciated rock is a mixture of host rock, quartz, and marcasite. Unfortunately marcasite is prone to pyrite decay, and this is well illustrated on this specimen. The marcasite has broken down resulting in an encrustation of sulphur. The process has been treated and almost stopped by storing in an airtight box and surrounded with a liberal supply of silica desiccant pouches. The rock itself is very fragile with cracking apparent, probably because of marcasite content. The same can be said of the quartz, which is also very fragile.